As part of the agreement, MTA will add lifts or ramps to create a step-free path of travel at 95 per cent of its currently inaccessible subway stations by 2055. 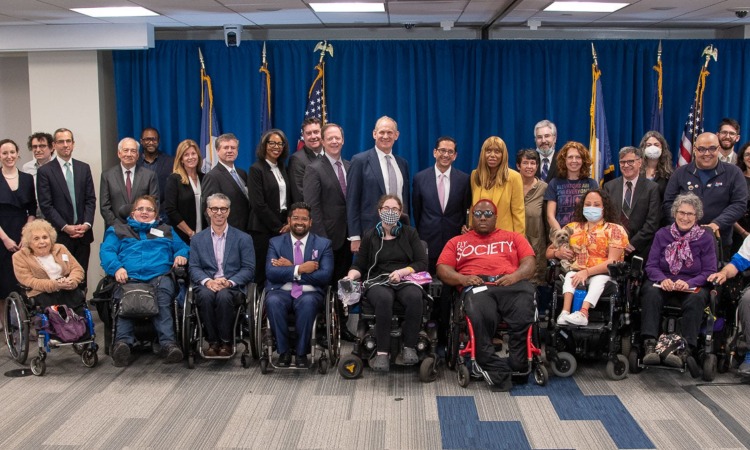 The agreement will resolve two class action lawsuits and is subject to court approval – a notice period where class members will have the opportunity to comment – and a fairness hearing. Under the terms of the agreement, MTA will add lifts or ramps to create a step-free path of travel at 95 per cent of the currently inaccessible subway stations by 2055.

“No New Yorker should have to worry about whether or not they can safely access public transportation,” Governor Hochul said. “This agreement between the MTA and accessibility advocates is a critical step towards further expanding accessibility in our subways and serving the needs of New Yorkers with disabilities.”

The announced agreement builds on the authority’s ongoing mission to enhance accessibility throughout the subway system at an accelerated pace. MTA has completed accessibility projects at 15 subway stations across four boroughs since 2020. The authority has awarded contracts for another 22 stations and has an additional 13 station projects in procurement.

MTA Chair and CEO Janno Lieber said: “There will be 81 more projects in progress by the end of the 2020-2024 capital plan, which includes a historic $5.2 billion dedicated to accessibility upgrades. These commitments, combined with recently enacted zoning that incentivises private developers to incorporate station accessibility projects into their buildings, will help us achieve a fully accessible transit system much faster than ever before imagined.”

MTA Chief Accessibility Officer and Senior Advisor Quemuel Arroyo said: “This is a seminal moment for accessibility in the New York City transit system. For far too long, the MTA and accessibility advocates have appeared at odds over a goal that we in fact share, making the transit system fully accessible. This settlement is not just the unveiling of a game plan, but the start of a closer collaboration between the MTA and advocates to achieve our shared goal, to ensure that everyone has the ability to ride mass transit without needing to plan around accessible stations.”

MTA has 472 subway stations and including 21 Staten Island Railway (SIR) stations, it has 493 stations in the transit system. Of those, 131 are fully accessible to customers with disabilities, via lifts and ramps, including five Staten Island Railway stations. There are more than one million people with a disability living in New York City, more than 1.5 million over the age of 65, and approximately 250,000 children under the age of two whose families need to navigate New York City with prams.