As part of its Universal Accessibility Development Plan, RTC Quebec will be making five more of its routes accessible by August 2022, with over 60 new accessible stops to be deployed in the future. 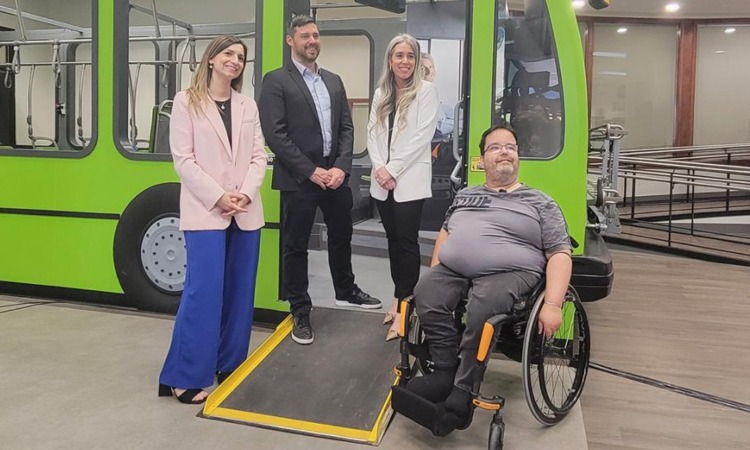 The Réseau de transport de la Capitale (RTC Quebec) has announced that it will be making 1,000 tram stops accessible by the time the vehicle goes into service. This is part of the operator’s Universal Accessibility Development Plan (PDAU), which aims to make all RTC Quebec routes accessible to people in wheelchairs by 2028.

In order to achieve this objective, the public transit operator will be supported by the city of Quebec to ensure that the stopping zones along the bus routes meet the accessibility criteria. For example, interventions could include:

Until the tram goes into service, new routes will gradually be made accessible. As of 20 August 2022, routes 1, 74, 76 and 84 will be added to the nine RTC routes that are already accessible. These routes account for approximately 62 per cent of traffic on the network. In addition, 63 new accessible stops will be deployed, increasing the total to 430.

This news follows the launch of RTC Quebec’s new on-demand transport service, Flexibus, which will be deployed gradually across seven targeted areas within the province of Quebec by 2025.

Upon reservation, the new on-demand service is complimentary to the current offer of RTC Québec. For the same price as a bus trip, Flexibus – which combines flexibility and availability to facilitate travel – allows customers to make local trips; for example, to go to the pharmacy or library, or to reach the bus network. The destinations must be located within the same targeted area.

In order to use the service, customers must first download the RTC Flexibus app and create an account.

▶ STM to provide minibus for passengers with reduced mobility

Contactless EMV payments launched across the Ginko network in Besançon