As part of its 2018-2027 Strategic Plan, Le Réseau de transport de la Capitale is set to acquire 30 electric buses by 2026, marking the beginning of its transition to the operation of a fully electric bus fleet. 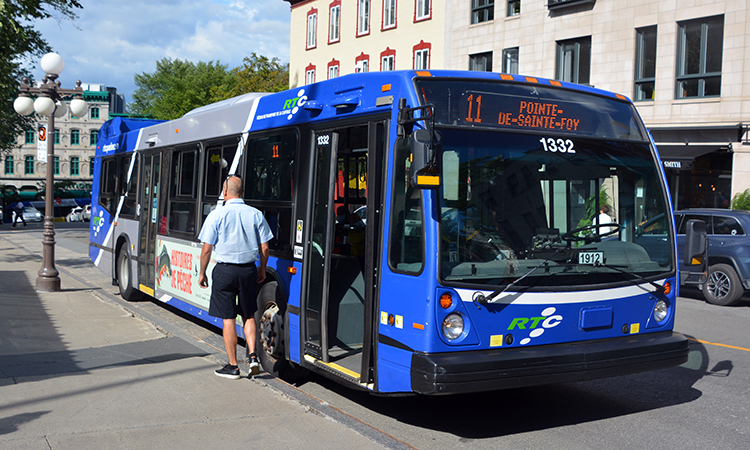 Le Réseau de transport de la Capitale (RTC Quebec) has announced that the RTC Board of Directors has authorised a borrowing by-law of $61 million to acquire 30 electric vehicles by 2026, marking an important milestone towards electrifying its bus fleet.

“The transport electrification project is central to the 2018-2027 Strategic Plan, and RTC is doing everything possible to strategically deploy this important energy transition. With the creation of a project office dedicated to electrification, the acquisition of the Newton center and the deployment of the pilot project to test 100 per cent electric vehicles, RTC ensures that it properly orchestrates the important approach that is beginning and that will benefit everyone,” said Maude Mercier Larouche, President of RTC Quebec.

The arrival of these first 100 per cent electric buses will truly mark the beginning of the transition to the operation of an electric bus fleet, since they are the first vehicles that will be operated at the Newton Center, the third RTC operating centre entirely dedicated to electrification.

These 30 buses will arrive at RTC following a consolidated call for tenders, for which the Société de transport de Montréal (STM) will be mandatary and coordinated by the Association du transport urbain du Québec (ATUQ). The distribution of this call for tenders is scheduled for 2022.

Additionally, RTC has also announced the award of a contract to acquire charging equipment that will be used for RTC’s 100 per cent electric bus test project. This three-year project will aim to test all of the equipment and systems required for electric bus operation. The trial project will begin before the end of 2022.

As this is a new technology, RTC will conduct tests to validate the compatibility and performance of charging equipment with several models of electric buses available on the market. These tests will provide relevant information on technology integration and guide future calls for tenders.

This news is in line with the declaration that, from 2025, the Government of Quebec will only finance the acquisition of 100 per cent electric vehicles in accordance with its 2030 Sustainable Mobility Policy.