With this new contract, Keolis now operates 27 tram networks worldwide, reinforcing its position as one of the world’s most significant tram operators. 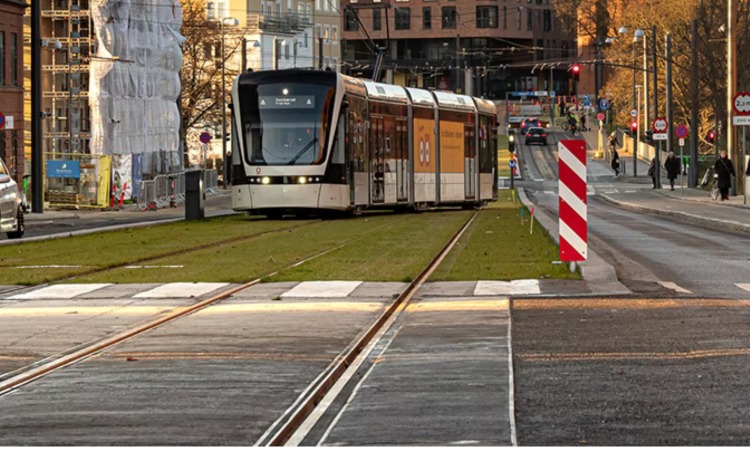 Keolis has announced that it has received the first passengers of the new tram line in the city of Odense, which lies 165km west of Copenhagen on the island of Funen in Denmark.

This launch is part of a 15-year operation and maintenance contract that Keolis had been awarded by the city’s transport authority in November 2018. The new network is Odense’s very first tram line – representing a new mobility solution for the city – and is expected to generate cumulative revenues of approximately €230 million.

In line with the local environmental policy to reduce car use, the network has devices to reduce noise pollution, as well as a control and maintenance centre almost self-sufficient in energy due to the installation of 500m2 solar panels on the roof.

The tram line, which is 14.5km long and serves 26 stations, is expected to carry between 10 and 11 million passengers every year and takes 42 minutes to connect Tarup, a neighbourhood in the north of the city, to Hjallese in the southern suburb of Odense. Consisting of 16 tramway carriages, the line will run through the downtown area, serving the main points of interest in the centre including the central station, hospital and Odense University.

Keolis has recruited 80 local staff for this contract, including 52 drivers, and will serve 200,000 inhabitants in the region.

This launch serves to strengthen Keolis’ status as an operator of carbon-free public transport in Denmark and reinforces its position as the world’s largest tram operator.

Keolis has been present in Denmark since 2000, employing 1,800 people and operating
approximately 550 buses in 10 cities, as well as the country’s first tram network in Aarhus. With this new contract, the company now operates 27 tram networks worldwide and is preparing the launch of the T13 tramway in France, which is scheduled for July 2022.