Currently being tested on two bus lines of the Ginko network, Keolis subsidiary’s fraudometer uses behavioural science and nudges to encourage individuals to avoid fraudulent situations by validating their tickets. 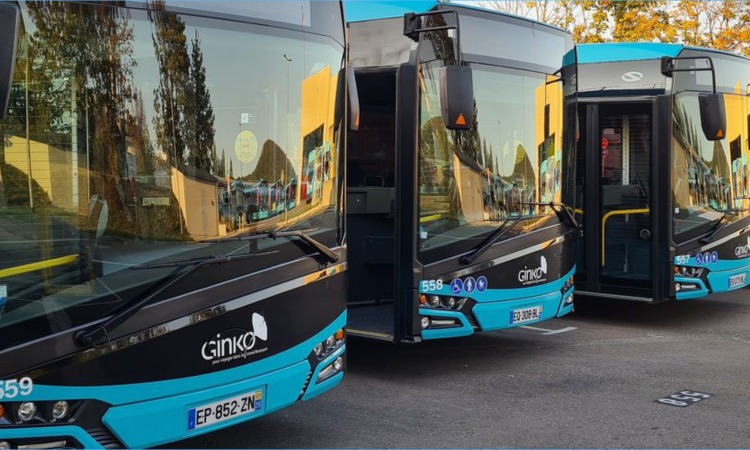 Keolis Group has announced that its subsidiary Keolis Besançon Mobilités, is testing a new technological innovation on the Ginko network. Named the ‘fraudometer’, the aim of the innovation is to reduce fraud on Ginko buses, by encouraging passengers to validate their tickets by changing their behaviour with the help of behavioural science and ‘nudges’.

The Ginko network is the first transit network in France to offer this innovation, which has been developed by Keolis Besançon Mobilités, in partnership with a Lyon-based firm specialising in behavioural sciences and Keolis Group’s Innovation Department.

This technological innovation has been made possible due to an investment by Grand Besançon Métropole in a passenger counting system, which precisely identifies when passengers get on and off the bus at each stop. The equipment can also be used to gather precise statistics on passenger numbers and deploy a variety of innovations, including the fraudometer.

Depending on how many validations have been, a message is displayed to ‘congratulate’, ‘encourage’, or ‘alert’ the passengers on board. The fraudometer is based on behavioural science and nudges, which is a gentle method aimed at encouraging individuals to adopt positive behaviour, such as validating their tickets, on a day-to-day basis, without trying to force them.

This innovation is the latest addition to a large variety of measures being deployed by Keolis Besançon Mobilités on the Ginko network to combat fraud. The fraudometer will alert the teams at the stops on the Ginko network where fraud is most prevalent, both in real-time and after the event has taken place. In the first case, the intervention of controllers can be activated, while in the second case, the data is analysed and used to develop control schedules for the days and weeks to come.

The control teams, present seven days a week on the Ginko network, carry out 30,000 control checks per month. They use a large number of methods to carry out their checks, including plain clothes checks, and possess new tools (like the fraudometer) for more targeted operations and actions.

The fraudometer is being tested on Lines 4 and 5 until July 2022 and will then be deployed on other lines of the Ginko network if the results of the trial are successful.