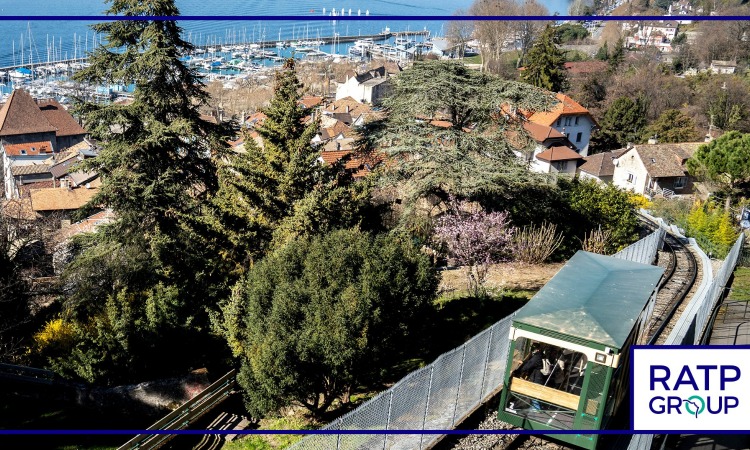 RATP Dev has announced that it has started the operation of the new STAR’T unified public transit network in the Haute-Savoie region, in partnership with Borini Développement, on behalf of the Thonon Municipal Authority. This new network brings together and seamlessly operates what were previously six independently managed networks.

“This scale of increase in the provision of public transit is a first in France. We can take pride in that. Furthermore, our new STAR’T network will make more sense, with a service provision and timetables tailored to the needs of commuters and school children, and better connected with the French and Swiss intercity networks,” said Christophe Arminjon, Chairman of the Thonon Municipal Authority.

“We have been operating public transit services in Haute-Savoie for almost 20 years now. Today, we are the leading operator in the region, which gives us in-depth knowledge of the local mobility issues. We use that knowledge to better serve the people of Thonon,” said Jean-Pierre Philibert, RATP Dev’s Director for the Auvergne-RhôneAlpes and Switzerland zone.

This new network is modernised, better connected and easier for passengers to understand. With 75 vehicles running 11 bus routes and a cable railway, it covers the whole municipality at both peak and off-peak times. The service is structured to pick up passengers arriving at railway stations and lakeside landing stages to get them to Geneva and Lausanne before 07.30. It offers them an easy way to get to the main business districts, such as Douvaine les Esserts, Bons-en-Chablais and the Bracots business park.

RATP Dev is also committed to implementing the most modern operating standards through a Mobility-as-a-Service approach, which includes using paperless tickets (M-ticketing) and a dedicated mobile app that commuters can use, for example, to plan their itinerary and look up information in real time, or plan upcoming journeys.