With plans to deploy 39 new trains from mid-2023, Île-de-France Mobilités and RATP Group’s new MP14 trains for Line 11 will replace the region’s oldest metro trains, which date back to the 1960s. 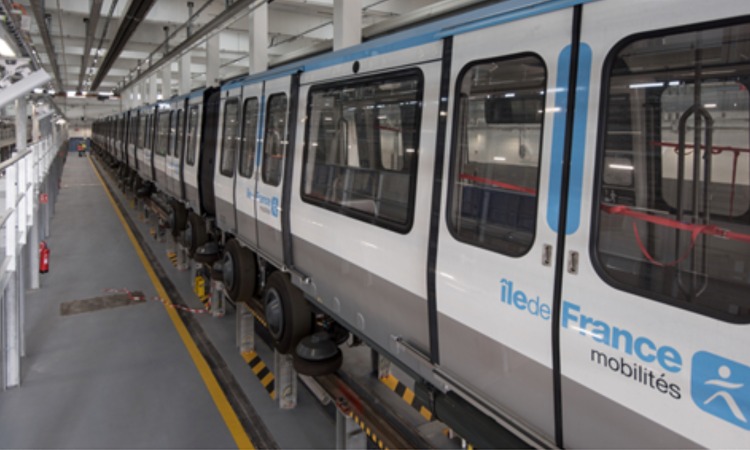 RATP Group has announced that it will be gradually launching 39 new metro trains, designed by Alstom and financed by Île-de-France Mobilités (IdFM), into service from mid-2023. Of the same model as those deployed on Metro Line 14, the MP14 model (MP for the Tire Material and 14 for the year of the call for tenders, i.e. 2014), in a version with a cabin for the driver, is equipped with five passenger cars in one piece, instead of the four separate ones in the current model.

The new trains will replace the current MP59 model, whose design dates back to the 1960s. Thus, the deployment of the new fleet will be a leap of more than 60 years for travellers who today continue to board the oldest metro trains circulating in the Île-de-France region.

Much quieter, more energy efficient and equipped with screens and line plans providing better information, these new trains will improve passenger comfort from Châtelet to Rosny-Bois-Perrier as soon as work to extend the end of the line is completed by 2023/ early 2024.

Following the completion of the tunnel, installation of the glass roof at Coteaux-Beauclair, modernisation of the existing stations, laying of the tracks on the extension and continuation of the development of the future stations, the first MP14 train set with five cars has joined the Rosny-sous-Bois maintenance workshop. Its first tests began at the end of February 2022 in the tunnel extending Line 11, over a distance of approximately 2km.

The new MP14 trains will be tested, initially, near the Rosny-Bois-Perrier station, then as far as the Coteaux-Beauclair station in Summer 2022. At the end of 2022, it will cross the last section of the extension still under construction, in order to be able to start night tests on the existing Line 11. In mid-2023, passengers will be able to gradually benefit from it on the existing Line 11, between Châtelet and Mairie des Lilas.

Furthermore, the new trains are 75.4m long and have a total of six doors per car, with three per side. In total, the trains have a capacity of 562 passengers with 106 fixed seats, including 30 for those with reduced mobility, two places for wheelchair users and 48 retractable seats.

The project is carried out as a joint venture between RATP Group, operator of Line 11, which designs and carries out the work, and Île-de-France Mobilités, the organising authority for transport in Île-de-France, which ensures compliance with the programme, schedule and costs throughout the project. With a total amount of nearly €1.3 billion (2014 economic conditions), the project is financed by the Île-de-France Region, the Société du Grand Paris, the Seine Departmental Council-Saint-Denis, RATP and the City of Paris.