The Valley Metro Streetcar will keep riders connected to the regional transit network, while providing Tempe residents with a fast, convenient and sustainable transport option to travel the city. 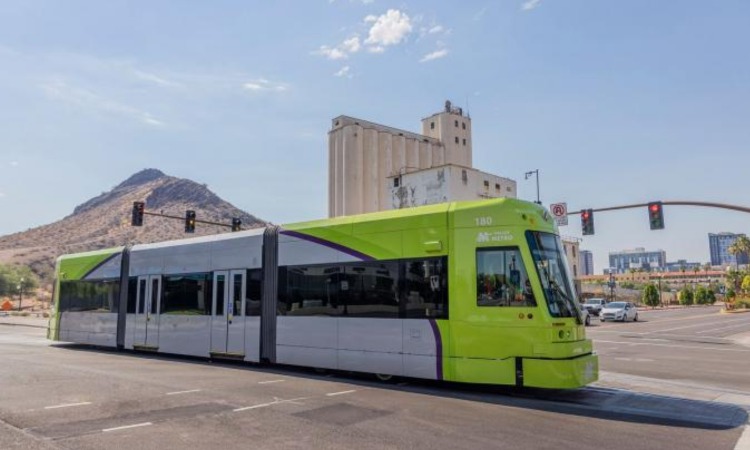 The Valley Metro Regional Public Transportation Authority (Valley Metro) has announced that the Valley Metro Streetcar has opened for passenger service in Tempe on 20 May 2022, following a ribbon-cutting ceremony featuring local leaders and elected officials.

The three-mile tram route will take riders to major employment centres, leisure and event destinations, historic neighbourhoods, as well as keep them connected to the regional transit network.

“We are so pleased to help support the Tempe Streetcar, which will provide a fast, convenient, car-free option connecting downtown Tempe and Arizona State University,” said Federal Transit Administration (FTA) Regional Administrator Ray Tellis, whose agency provided $75 million to support the project, in addition to $17 million in federal funding under the American Rescue Plan. “With connections to Valley Metro’s light rail system, destinations like Phoenix, Mesa and Sky Harbor Airport are now just a train ride away.”

The hybrid tram vehicle travels to 14 stops in Tempe and connects to Valley Metro Rail in two locations. The route serves Tempe destinations such as Tempe Beach Park, Marina Heights, Gammage Auditorium and ASU sports facilities and will support the growing travel demand in the central city and region.

“With Tempe having the highest transit ridership per capita in the state, as well as the highest density, a multimodal transportation network is essential,” said Tempe Mayor Corey Woods. “We are building for our future, and the streetcar is a great example of that.”

“The streetcar adds another sustainable option for transit riders to move around the Valley and enhances our comprehensive, regional transit network,” said Valley Metro CEO Jessica Mefford-Miller. “It’s also the start of a streetcar system that we hope to extend into Mesa in the coming years.”

Construction on the project began in 2018 and was funded through a combination of federal grants, regional Proposition 400 and the city’s transportation funds, including a unique partnership between several private sector entities along the streetcar route.

The tram shares the road with other vehicles and travels with mixed traffic. Powered by an overhead electrification system, similar to light rail, the vehicle also stores power in a battery to travel off-wire on Mill Avenue. Current service is anticipated every 20-minutes, with frequency to improve in late 2022 with the addition of the final two tram vehicles.