With customer numbers reaching almost 80 per cent of pre-COVID levels, Transdev subsidiary the Keighley Bus Company is providing twice as many journeys on its most popular routes in West Yorkshire. 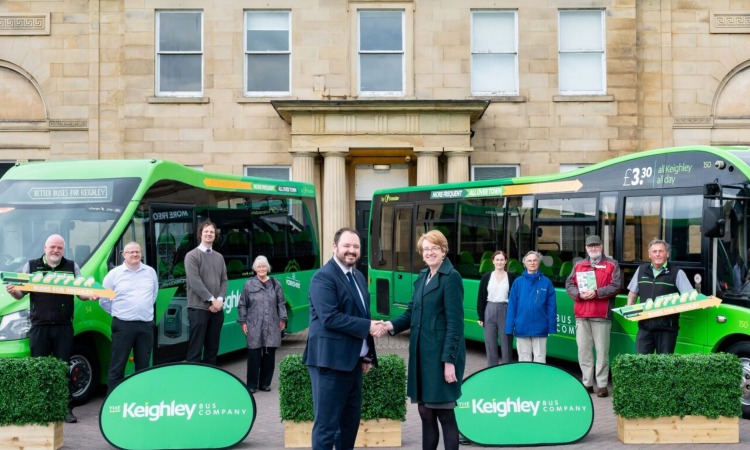 Transdev has announced that its subsidiary in West Yorkshire, UK, the Keighley Bus Company is launching more buses on its popular town network to drive Keighley’s business recovery from COVID-19.

The company has been encouraged by the progress that has been made so far in attracting people back to its buses since lockdown restrictions had lifted in March 2022, with busiest routes on its Keighley network reporting customer numbers reaching almost 80 per cent of pre-COVID levels.

Working in partnership with Metro, the West Yorkshire Combined Authority’s travel network, Transdev has reviewed changing travel patterns to create a new bus network for Keighley. More frequent buses will run on many routes, with up to double the current number of journeys on selected services – which it hopes will attract around 10,000 more customer journeys a week.

A successful re-launch of Keighley’s buses could provide a template for future partnership working in West Yorkshire to deliver wider improvements from the £830 million awarded to the region as part of the government’s Bus Service Improvement Program (BSIP).

Alan Isherwood, the Keighley Bus Company’s General Manager, said: “This is our first positive network review in West Yorkshire since pandemic travel restrictions were lifted. We’ve analysed current travel patterns in and around the town as well as emerging trends post-lockdown – now we’re set to bounce back with a better service for Keighley. We want to build on the multi-million-pound investment by Transdev in new, Euro VI ultra-low emission buses for our town. We’ve put in considerable effort alongside our partners at Metro to build a network that’s fit for the future. These improvements show our commitment to Keighley’s recovery and for us, this is just the beginning. We want to work hand in hand with the town’s business community and do everything we can to support businesses and the local economy. Several areas will see increased timetables and, in some cases, double the number of buses on selected routes. New timetables will be available shortly on buses and from Keighley Bus Station Travel Centre and can be viewed now on our website.”