The intercity bus services will help to meet the growing demand for public transportation in Dubai and will provide commuters with bus services to Abu Dhabi, Al Ain, Fujairah and Muwaileh, Sharjah. 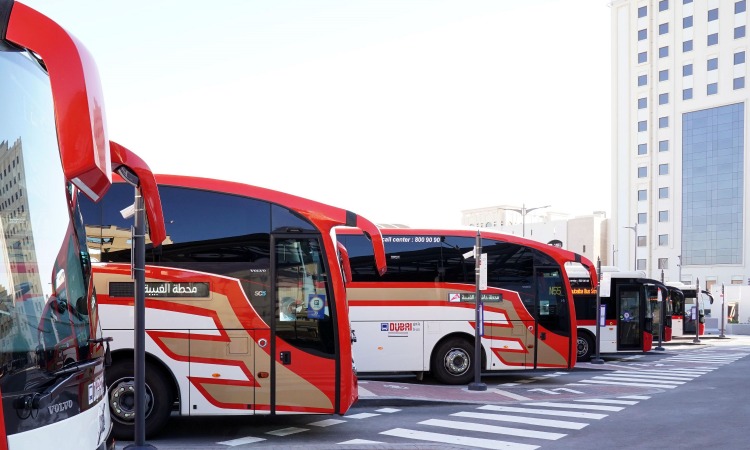 Dubai’s Roads and Transport Authority (RTA) has announced that it is restoring four intercity bus services as of 19 May 2022, due to the growing demand for public transportation as a result of life coming back to normal, following the outbreak of the COVID-19 pandemic.

On 19 May 2022, RTA will also be launching a new bus route, named F38, to enhance the integration between the mass transit network and the urban planning of the emirate. The new metro link service will start from Jumeirah Golf Estates Metro Station and pass through several districts to the destination of the Dubai Sports City. The route will provide service from 06:00 to 12:30 (of the following day), at a frequency of 20-minute intervals.

In addition, RTA will also introduce changes to some bus routes, including the extension of Route 50 and Route N30 to reach the International City Bus Station, the merging of Route D03 and D03A to create Route D03, and extending Route 367 to pass through the School of Research Science.

“RTA is always keen to deliver excellent and highly efficient public transport solutions to various members of the community. It also co-operates with government, semi-government entities and private companies to deliver safe and sustainable public transport solutions, including public buses across Dubai. Requests received from various entities in the emirate are subjected to elaborate feasibility studies and extensive field surveys before the launch of the service,” said Adel Shakeri, Director of Planning and Business Development, Public Transport Agency at RTA.