The new Leicester Buses Partnership will focus on key transport development projects, in order to combat congestion, offer affordable fares and provide better facilities for bus travellers in the city. 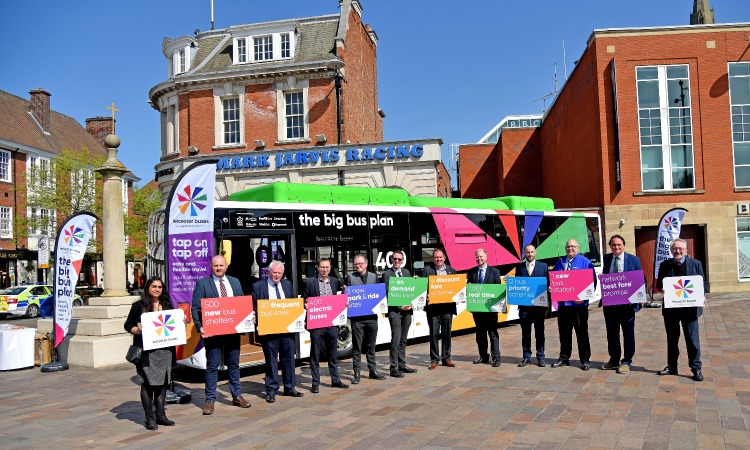 Leicester City Council has announced the launch of the Leicester Buses Partnership, the first-of-its-kind initiative for the city, which sets out a detailed eight-year plan for transport development, including a three-year programme of fully funded transport improvement projects. The plan and programme include the electrification of key bus routes, new bus lanes, co-ordinated timetables and significantly improved passenger information, ticketing and waiting facilities.

Arriva, First Bus, Centrebus, Kinchbus, Stagecoach and Roberts Travel Group have agreed to work alongside the council over the next eight years with the aim of transforming the bus network while working towards making it fully electric, frequent, reliable, easy to use and affordable. In order to combat congestion, offer better value tickets and provide better facilities for bus travellers, the partnership will focus on investing in electric or zero-emission buses.

The new partnership was launched on 21 April 2022, in Jubilee Square, Leicester, alongside the launch of its first project – its innovative multi-operator Tap On-Tap Off (TOTO) digital fare system, which automatically enables passengers to get the best fare for the journey that they have made, even if they’ve used more than one operator. The scheme is flexible, easy to use and speeds up payment for travel, and it is expected to be accessible to 99 per cent of all customer journeys made in the ‘flexi zone’.

Funding for the contactless ticketing system has been awarded through the Department for Transport’s (DfT) Transforming Cities Fund to purchase and install new ‘Tap Out’ readers from Ticketer. The new hardware works in conjunction with the technology already in place to process, analyse and charge for a bus journey.

Arriva’s Commercial Director, Andrew Godley, said: “Through existing partnerships with Leicester City Council, we have already introduced Tap On-Tap Off ticketing, including the first truly multi-operator price cap, which went live in March [2022], and have been successful in securing funding from the Department for Transport’s Zero Emission Bus Regional Area scheme, to top up the investment already committed by Arriva, to the tune of £12 million over the next two years.”

Rob Hughes, Operations Director at First Leicester, said: ”With brand new electric buses heading our way, along with the latest introduction of digital contactless ticketing technology and further plans for bus priority and improved bus stop infrastructure, the city is on track to promote bus travel as a seamless, fully accessible, environmentally friendly mode of travel that can appeal to both local residents and visitors to Leicester.”

Dave Lynch, Chief Information Officer of parent company FirstGroup, said: “Introducing multi-operator capping technology to Leicester’s bus network is an incredible achievement and a significant step towards delivering more digital solutions that prioritise frictionless travel for customers. The success of this project is, without doubt, underpinned by collaborating with other operators and trusted suppliers who share the same vision, to continue improving the UK’s bus industry through innovation.”