As part of the first phase of the programme to reduce public transport fares across Ireland, TaxSaver fares on on all subsidised PSO public transport services will be reduced by 20 per cent in April 2022. 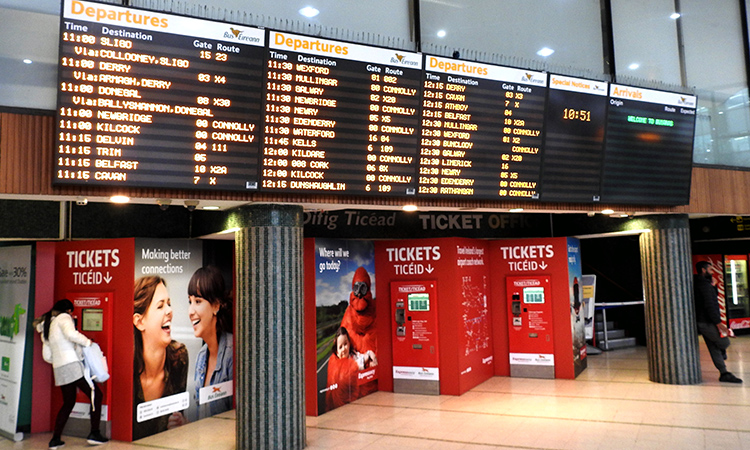 Transport for Ireland (TFI) has announced that TaxSaver fares on all subsidised public transport services are to be reduced by an average of 20 per cent from the beginning of April 2022, as part of the first phase in the implementation of the programme to reduce public transport fares, announced in February 2022 by Eamon Ryan, Minister for the Environment, Climate and Communications of Ireland.

Customers purchasing annual or monthly TaxSaver tickets in 2022, that are valid from the beginning of April 2022, will see an immediate 20 per cent reduction in the cost of their ticket. Therefore, any customer who wishes to purchase a TaxSaver ticket for April 2022 should make the appropriate arrangements with their employer.

Furthermore, TaxSaver customers who have already purchased an annual ticket at the non-reduced rate will also benefit from the fare reduction, as an additional three-month period of validity will automatically be added to all existing annual tickets with no action required on the part of the customer or their employer.

Minister Eamon Ryan said: “In April and early May [2022], we will be going further by rolling out the average 20 per cent fare reduction on all PSO services for the travelling public until the end of 2022, as well as introducing the Young Adult Card in May [2022], which will reduce fares for young people under 24 by a further average of 50 per cent. These reduced fares will put money back into people’s pockets and will benefit hundreds of thousands of people across the country who use PSO public transport every day.”

Anne Graham, CEO of the National Transport Authority (NTA), said: “I’d like to take this opportunity to welcome this fares reduction initiative by the government. I believe that it will have a very positive impact on passenger numbers by encouraging more people back on board in the weeks and months ahead. This is a signal that, now more than ever, public transport provides a more affordable and more sustainable alternative. I’d like to thank the transport operators and the NTA team for the work that they have put into getting this over the line.”

In mid-April 2022, fares on all non-Dublin city PSO services and on certain Iarnród Éireann services will be reduced by an average of 20 per cent. This will include All Bus Éireann PSO service, Go-Ahead Ireland commuter services, TFI Local Link and Irish Rail web-fares.

The full implementation of the 20 per cent average fare reduction will be completed in early May 2022, with fares being cut on all PSO services in the Greater Dublin Area and on Iarnród Éireann services, including on intercity services. This phase will include Dublin Bus, Go-Ahead Ireland, Luas, DART, Commuter rail and Iarnród Éireann.

The roll-out of the May 2022 phase of the 20 per cent average discount will coincide with implementation of the average 50 per cent fare reduction for customers under the age of 24 through the Young Adult Card.