Despite nationwide lockdowns as a result of the pandemic in 2020 and 2021, Lime recorded that 2.4 million e-bike rides were completed in London in 2021 – setting a new annual record. 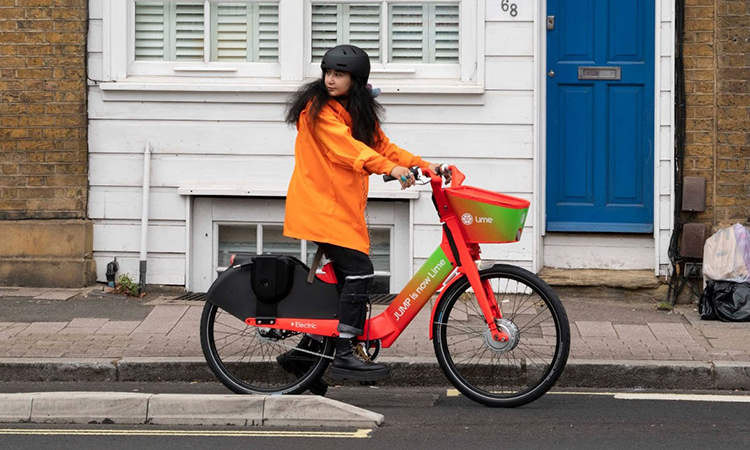 As the Mayor of London, Sadiq Khan, focuses on making streets safer for cycling, there has been a significant rise in the number of London Lime cyclists in the bike lanes. New data has revealed that Londoners are approaching five million total rides, covering eight million miles on Lime e-bikes since they first launched at the end of 2018.

Ridership data shows that more than half of all London e-bike rides – 2.4 million – were completed in 2021 alone, which is a new annual record. Furthermore, rides using Lime e-bikes doubled in 2021 compared to both 2020 (up by 106 per cent) and 2019 (up by 128 per cent), highlighting their rise in popularity as the city reprioritises street space, allowing Londoners to use more sustainable and active modes of transport post-pandemic.

While nation-wide lockdowns caused small dips in usage due to the ‘stay home’ instructions in 2020, figures surged in 2021 despite the total number of e-bikes available remaining constant. This suggests that COVID-19 has caused a fundamental shift in consumer mindset and is a result of the Mayor of London’s efforts to encourage more people to seek alternative ways to travel.

“After the worst of the pandemic was over and strict lockdowns lifted, a flurry of Londoners turned to our e-bikes as an easy, open-air and socially distanced means of transport,” said Alan Clarke, Senior Director of Policy for Lime UK & Ireland. “Figures are showing first-hand the positive impact that such infrastructure can have on cities. We’re delighted to support the Mayor and Transport for London’s vision of a city which prioritises cycling and other micro-mobility options over cars – and this boom in e-bike use is a testament to their leadership in this area.”

Improved infrastructure contributed directly to the increased popularity of Lime’s rental e-bikes, as Camden Council experienced a significant rise in the use of Lime’s e-bikes in 2021 following the launch of several cycle improvement schemes. The schemes formed part of the Council’s broader COVID-19 Safer Travel Programme in 2020 and included the installation of trial cycle lanes on some of the Borough’s busiest roads, alongside other upgrades like junction improvements. In these areas, Lime e-bike trips were found to increase between 93 per cent and 756 per cent in 2021 compared to 2020.

Meanwhile, in 2021, the Mayor of London announced that 260km of high-quality cycle routes had been delivered since May 2016, helping to make cycling in the capital more accessible and safe. In line with this, Transport for London (TfL) figures showed record increases in the number of people cycling in 2021, with an increase of more than 200 per cent on some weekends.

As the UK embraces shared and sustainable forms of transport, Lime has announced plans to invest £20 million in London over the next 18 months. As part of this commitment, it has launched its latest generation e-scooters under the UK government-backed trial with TfL at the end of 2021. The new vehicles are equipped with new interactive screens to improve rider education, improved battery life, a better braking system and improved structural strength.