The Welsh Metro project, which has been referred to as “one of the most ambitious and complex programmes” that Wales has undertaken, will support the creation of a modern, integrated and sustainable transport network. 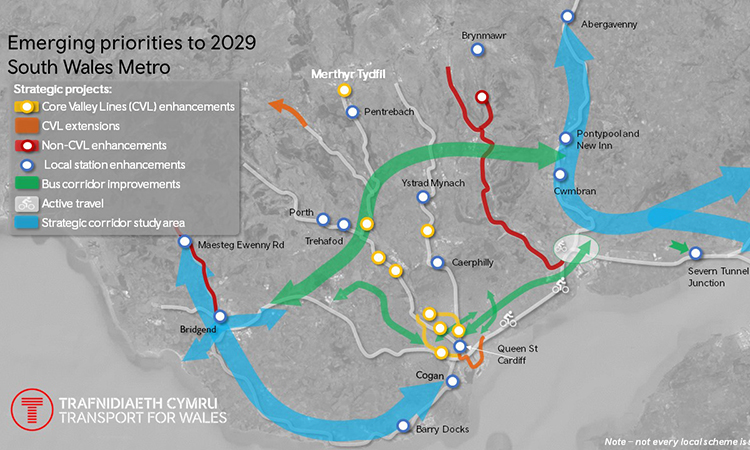 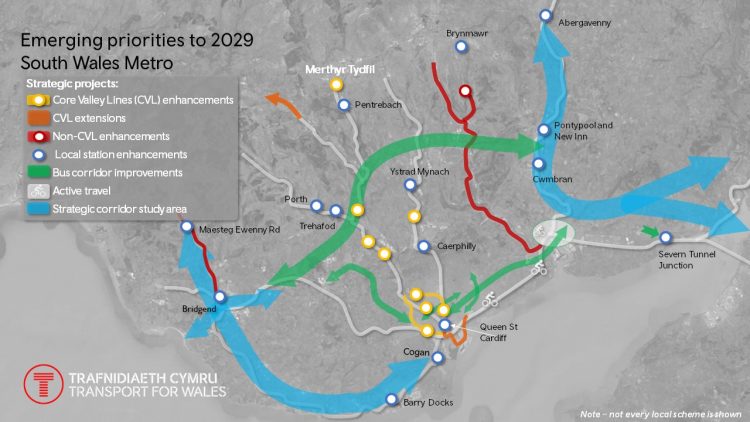 “Delivering the £1 billion Welsh Metro project will be one of the most ambitious and complex programmes that we’ve ever undertaken.” Those were the words of Lee Waters, the Welsh Deputy Minister for Climate Change, with a responsibility for transport, as he unveiled new maps showing the enormous scale of Welsh Metro project.

Speaking just before the Welsh government publishes its Net Zero plans in the run up to COP26 in November 2021, the Deputy Minister said how the project would deliver on plans set out in Llwybr Newydd, the Wales Transport Strategy, by creating a modern, integrated and sustainable transport network that supports modern lifestyles.

The Welsh Metro will make it an easier choice for people to use their cars less and public transport and active travel more, in order to significantly reduce the environmental impact and help Wales to reach its net zero carbon target by 2050.

The new maps, made available by Transport for Wales (TfW) for the first time on 20 October 2021, illustrate the ambitious short- and long-term plans that the programme will deliver in order to help people to make the right, sustainable choice.

As well as connecting communities, the project is already delivering economic benefits across Wales – promoting careers in engineering for children and women; providing job opportunities for veterans; and creating pathways to help offenders with their rehabilitation into stable and rewarding employment.

Deputy Minister Lee Waters said: “The Metro is not simply a transport project, it’s about changing the lives of people across Wales, and it is an excellent example of how investment in tackling climate change has far broader community benefits. Improving our public transport and active travel network routes is the right and responsible thing to do for the environment – making low carbon transport options more attractive, affordable and easier to use – enabling people to leave their car at home, particularly in the more densely populated parts of Wales, linking up with active travel routes to provide door-to-door journeys in an integrated, sustainable transport network.”

“Next month, we will be attending COP26 – the most important COP since Paris in 2015 – and we will take a clear message to Glasgow that Wales is a globally responsible nation – ambitious projects like this prove that and show how everyone here is willing to play a part to combat global warming,” he added.