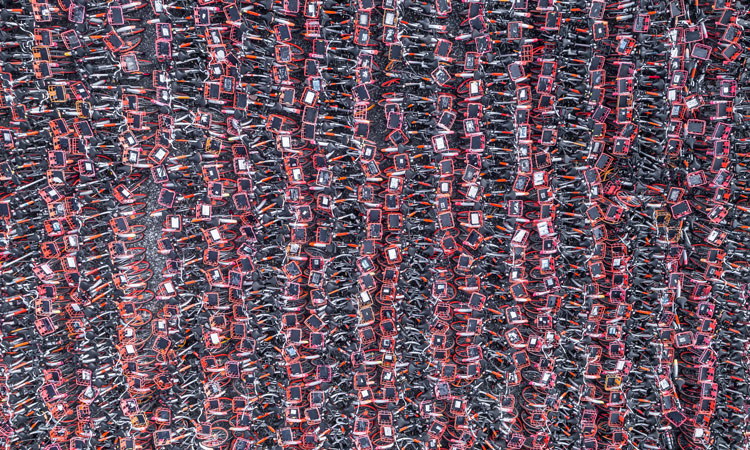 How easy or difficult is it to find cities and governments who have a more open policy with regards to microtransit?

Certainly in many mid-sized European cities that have not been approached by the onslaught of microtransit, there are a lot that are very open to having these discussions if they’re approached in a collaborative manner. This avoids the adversarial dynamic that has been seen in North America and a few European cities during 2018.

Do you think it is fair to say that cities who have held off implementing those services immediately are in a better position now to make sure they do so properly?

The cities that have already been burned and have taken the adversarial approach – there is a right time for a rediscovery and a reintroduction of the value that can be provided to their public transport networks as well as their riders and citizens, but only if the conversation and dialogue is flipped to show the benefit to their own operations. Understanding that cities take a central role, certainly in the European continent of what we call the ‘hub and spoke model’, is key. The hub and spoke model is where the city is the aggregator and regulator as well as distributor of mobility services, and the mobility service provider (MSP) will feed into that. If we take this collaborative manner and demonstrate the value through packaging services, then cities will much more actively re-investigate and come on board.

Not only that, there are probably 50-100 cities in Europe that haven’t even been approached by the large MSPs. They are blank slates and they don’t want to repeat the mistakes we’ve seen and create an adversarial dynamic. There are two ways to look at this: we can help the cities that have put their guard up to see the value; but we can also help the cities that haven’t even been explored yet – they are the immediate opportunities for scooter- and bike-share to quickly launch in a coherent fashion. This would mean that mass distribution of scooters and bikes in streets, that run in conflict with public safety and increase traffic congestion, would not occur.

That is what cities and governments really care about: ensuring that mobility is safe and efficient, that it will benefit the general public in terms of increasing ridership for public transport, and that it will feed the public transport network. When we look at the hub and split model, these MSPs should be feeding passengers onto metros, onto trams: it should not run in conflict and it certainly should never siphon passengers away and change the modal split. That is 100 per cent failure in the mobility landscape. We have seen studies, especially from North America, where the negative modal split is being discussed, and it is here that we need an open and frank dialogue between cities, start-ups, VCs and other aggregators. It is becoming a real acute topic right now.

No city public transport operator wants to start losing riders but it is happening. In many North American cities it is happening – with the exception of one or two cities where ridership has increased due to a better modal split and promotions and better service offerings – and with the advent of new mobility services, certainly on the ride-hailing side, we’ve only seen an acceleration in that decline.

The goal has to be to to work with cities and work with providers to benefit the general public. Don’t come up with different distributed business models that run in conflict with another, otherwise we’ll have all different islands and pods of mobility. That is not going to benefit the general public and that’s not going to make our cities equitable or liveable: it is all about equitable living goals. This comes back to urban planning, social equity, public health, economic development – all these goals that urbanists aim for are all integrated and wedded into the landscape of new forms of mobility. If the common goals and objectives are not being addressed, you’re basically introducing a whole new set of problems and making cities less liveable.

Cities like New York and San Francisco are seeing an increase in congestion due to different forms of mobility. We must ask, what type of landscape do we see the general public being able to thrive in? What is the best value we can offer? We want to ensure safe streets, first- and last-mile connectivity, and a city-first approach through a collaborative manner; making cities more equitable with an environment that is beneficial to all demographics of the population.

Looking to the future, we may see more new mobility forms emerge. We don’t know what will transform, but regardless of the form of mobility or the business model – or the type of corporate structure – it has to be cities first; the goal has to be efficiently moving people and goods in a coherent manner for the benefit of the population. Everyone has to be an urbanist – if you’re not – you’re in the wrong business. You have to understand that cities are complex organisms.

Mass transit efficiently moves the highest number of people in the shortest amount of time. It has been proven in every single city in the planet – there is no getting around the benefit or the use of public transportation. It is just now that we see new forms of mobility, how do they best complement public transportation? Public transportation is never going to go away – and nor should it, it should only be beneficial and essentially supported and elevated to a higher level, in cities at least. Microtransit, bike-share, car-share – these all have to feed into our mobility transit hubs to move the greatest amount of people in the shortest amount of time. Simple geometry and spatial economics!

It’s what the end user wants – to end up at their destination in the shortest amount of time: their time is at a premium.

Unfortunately, we will have a lot of venture capital-backed start-ups that are flush with billions of dollars and don’t know what to do or how to spend their money. A lot of the time they will create new problems that didn’t need to exist. They are only exacerbating urban mobility issues, not solving them. This is what we have seen in the last two years. How do we move beyond that and get to more of a collaborative approach?

Do you think that is a by-product of the start-up culture around mobility?

It is more a by-product of venture capitalists’ obsession with finding the next best thing. You see this in every industry and at the moment, the mobility industry is in a bubble. Start-ups are flush with cash and they don’t know what to do with it, or they’re trying to solve problems that don’t exist, or they’re introducing new problems. Because they’re not wearing the urbanist hat, they don’t understand that cities are complex organisms and that it requires a lot of thought and intricacy to really see what types of problems you are going to solve for different demographics and stakeholders and constituents.