The plans are said to follow a year of increasing focus locally, nationally and globally about the harmful impact of nitrogen dioxide (NO2) emissions from vehicles, and follows the recognition of the global climate emergency. 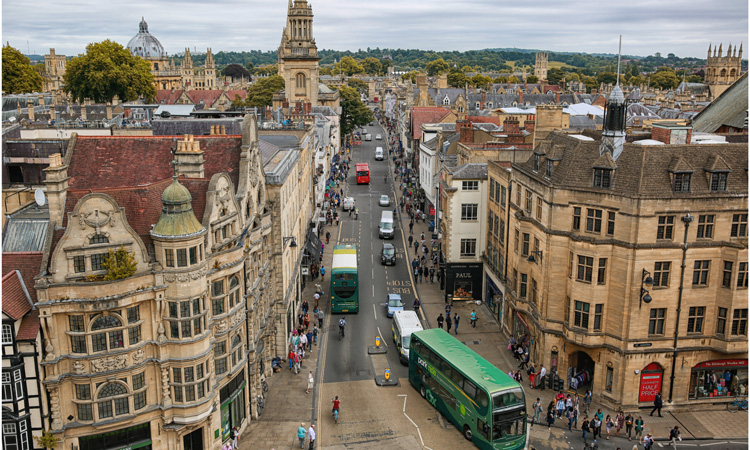 Oxford City Council and Oxfordshire County Council have published final draft proposals for what is said to be the UK’s first city centre Zero Emission Zone (ZEZ), to be introduced in late 2020.

The proposed Red Zone aims to mark the next step towards cleaner air in Oxford, and a dramatic reduction in the health risks for people living and working in the city. It is also expected that the ZEZ will improve air pollution levels in towns and villages across Oxfordshire because the buses and taxis and other vehicles that serve Oxford also serve towns and villages across the county.

Both councils have now launched an informal consultation on a draft final scheme for the Red Zone, including the proposed charging and enforcement arrangements, which could begin in December 2020.

The councils have also proposed the creation of a Green Zone covering the rest of the city centre in 2021/22, which would be accessed for free by zero emission vehicles and with discounted charges for vehicles which comply with the London Ultra Low Emission Zone standards.

The key points of the latest proposals are:

Following feedback on the fees and fines, whether the discounts are appropriate, the suggested hours of operation for the charging scheme and what future phases could be implemented, the Red Zone will then go to formal consultation in March 2020, and the draft charging order published, with both councils making a formal decision on implementation in the spring, which could mean the scheme coming into effect in December 2020.

“2020 will be a crunch year for our climate and all our futures. We face a climate emergency that threatens all of our futures. For the sake of everyone in Oxford, and especially our children’s lungs, we must clean up the lethal air we’re all breathing. Oxford’s Zero Emission Zone will come into force this year and help make 2020 the year we make a game-changing difference,” said Councillor Tom Hayes, Cabinet Member for Zero Carbon Oxford, Oxford City Council.

Efficiently utilising data to drive improvements in the bus industry