A total of 26 bus services of the 39 that had been at risk of withdrawal have been saved, following a six-week review which looked at passenger demand, value for money for the taxpayer and availability of alternative services in the area. 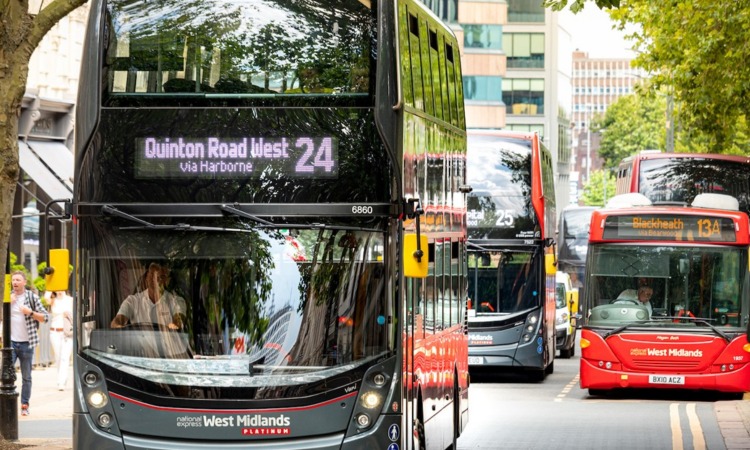 The West Midlands Combined Authority (WMCA) has announced that a total of 26 bus services that had been proposed to be withdrawn will be saved following a six-week review.

The 26 bus services were among 39 services that had been placed at risk due to unprecedented rise in costs, following increases in fuel prices, driver shortages and reduced passenger numbers since the COVID-19 pandemic.

Transport for West Midlands (TfWM) has stepped in to fund and part-fund services that have been deemed socially necessary where commercial bus companies are unable to provide the service for profit. These subsidies are targeted at services where there are gaps in the region’s bus network to ensure as many residents as possible have access to bus services.

However, despite an £800,000 increase in the annual subsidy – taking the total budget to £16.3 million – TfWM was unable to fully fund the 117 bus service contracts up for renewal at the end of December 2022; thus, 39 had been placed at risk and subject to the six-week review.

The review looked at which services delivered the most benefit for passengers and considered the following:

Pete Bond, TfWM Director of Integrated Transport Services, said: “Bus services are the backbone of our transport network carrying around 80 per cent of public transport journeys in the region. But the environment for bus operators is highly challenging right now, so some difficult decisions have had to be made. We were, by making the most use of funding available, able to save the majority of at risk services and keep the disruption to a minimum. But this unfortunately means that some people will have lost their local bus service, but I would urge them to check the TfWM website and journey planner to see what alternatives are available.”

In addition to the fare freeze, provided as part of the Bus Service Improvement Plan, further proposals include streamlined fares and ticketing, more transport safety officers on patrol and incentives for car users to switch to bus.

This is on top of the funding that has been secured through the City Region Sustainable Transport Settlement, which will develop bus lanes and bus priority measures, new cross-city bus routes and further improvements in real-time travel information over the next five years to help improve reliability of services.

The region’s private bus operators are also making changes to commercial networks and timetables and these will also be published, both by the operators and TfWM on bus stops, websites and smartphone apps over the coming weeks.