The new investment will allow National Express Ireland to accelerate the decarbonisation of its public transit fleets by procuring zero-emission vehicles, including hydrogen-powered coaches for inter-city coach travel. 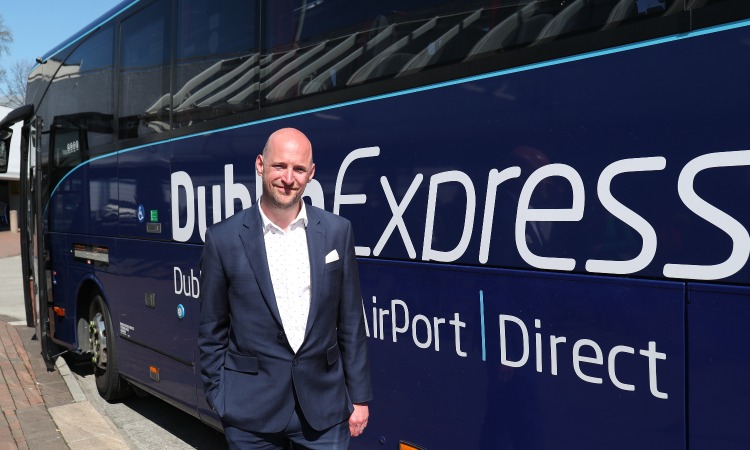 National Express Ireland, the Irish entity of the UK coach operator, has announced plans to invest around €30 million on a fleet of up to 50 new vehicles over the next 5 years.

The ambitious growth plans will build on its existing operations in Dublin alongside expanding to deliver wider inter-city travel in Ireland.

The company has already invested over €5 million in its Dublin airport-based service ‘Dublin Express’ – with an existing operation of 14 buses projected to increase to 20 by the end of 2022. The service currently employs 60 staff in its retail, driver and management teams and expects this to reach over 100 in 2023. The city-airport shuttle service has already carried over 700,000 customers across the capital in the last year.

National Express Ireland will be bringing a sustainable and environmentally advanced bus and coach fleet to the country and wants to be the first to operate a fully zero emissions vehicle (ZEV) bus fleet in Dublin in line with its target of a zero-emission fleet by 2030. It is also aiming for all Ireland and UK coaches to be zero-emission by 2035.

Managing Director of National Express Ireland John Boughton said: “We believe that Ireland has an opportunity to be a global leader in public transport by accelerating plans for zero-emission vehicles. This inevitably includes both how vehicles and supporting infrastructure are funded. There are some well-established and successful models for private sector and public sector working together, including National Express’ experience in Birmingham.”

National Express’ green credentials already see it operating 29 fully electric buses in the West Midlands, UK, which will increase to over 150 in the next year when Coventry will become the first all electric bus city. It also operates 20 hydrogen buses with Birmingham City Council as part of plans to scale up to hundreds more in the next two to three years.

John Boughton added: “We see an element of inter-city coach travel through using hydrogen fuel in the future and are actively working to develop a prototype. Thinking longer term, this will require a local hydrogen energy fuel source and we intend to work with the Irish government and transport authorities, so that infrastructure does not become a constraining factor on our shared ambition.”