On International Women’s Day 2022, experts from WMCA and TfWM have published 13 key recommendations to make the UK transport network safer for women and girls. 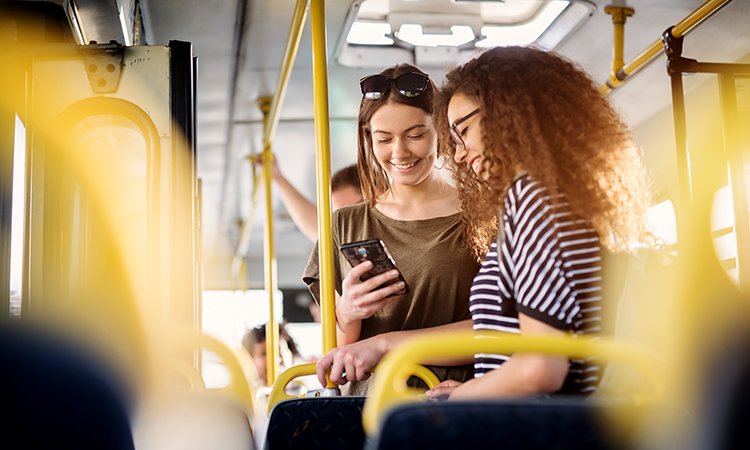 On International Women’s Day 2022 (8 March 2022), two leading female transport experts have published a new set of recommendations on making the transport network safer for women and girls. Commissioned by the Department for Transport (DfT), the recommendations set out how the UK government can improve safety for women on the railways, at bus stops and at stations.

The recommendations have been developed independently following extensive input from over 200 stakeholders including charities, women’s safety advocates and transport experts. They come alongside shocking findings which show that almost half of women have felt threatened when travelling on public transport – stopping them from accessing opportunities such as education and employment, as well as socialising.

The West Midlands Combined Authority’s (WMCA) Chief Executive, Laura Shoaf, and Transport for West Midlands’ (TfWM) Executive Director, Anne Shaw, were appointed by the DfT in Summer 2021, tasked with identifying best practice to tackle violence against women and girls on the UK’s transport networks. Six months on, their 13 key recommendations include:

UK Transport Minister, Trudy Harrison, said: “Far too often, we hear stories of women and girls facing violence and harassment on public transport – this is unacceptable. Everyone should have the right to travel in confidence and without fear. We thank Anne and Laura for their recommendations and will work tirelessly across Whitehall and with our transport partners to drive these important changes.”

Laura Shoaf, who also chairs the national Urban Transport Group (UTG), and Anne Shaw developed the recommendations following a thorough assessment of the true impact of violence against women and girls on the UK transport network, finding that it is having a direct effect on access to opportunities, such as learning and employment.

Shoaf said: “There have been some horrific incidents of violence against women recently, which have generated national headlines and sparked a deep re-examination of attitudes towards women and girls. While incidents of violence against females on our transport networks are thankfully low, these recent high-profile incidents in our wider society have understandably led to deep seated anxiety and fear for many women and girls when using public transport, especially for those travelling alone at night.”

“This fear of violence can be toxic, not just emotionally but also economically and socially because women and girls are often more reliant on public transport, so anything that deters them from travelling can significantly reduce their life opportunities and ambitions. This is completely unacceptable. Women should feel able to take up work, training and education opportunities and connect with friends and family without feeling threatened. Anne and I are proud to have been chosen by government as champions to make transport and public places safer for women. Following extensive engagement, we’ve made 13 practical recommendations aimed at preventing violence against women and girls on our transport networks, challenging the attitudes and inequalities that promote it and making it clear that such behaviours will never be tolerated,” Shoaf concluded.

The report highlighted West Midlands’ Safer Travel Partnership and Merseytravel’s Travel Safe Partnership as examples of how local police forces, the British Transport Police (BTP) and transport operators are working together to reduce crime across all transport networks including rail, bus, tram and active travel modes.

Shaw said: “Having worked in transport for over 30 years, I can see the progress made with more women working within this industry, but there is still much more work to be done. By encouraging more women into the industry, we can make sure that their unique perspective is embedded into the design and operation of our transport networks, creating more hostile environments for would-be perpetrators. By having stringent and relevant checks for all frontline staff and others who provide our travel needs can also help to give confidence to women and girls using the transport system. The contributions of women and girls who have experienced violence first hand have also been crucial to our recommendations, and we must all continue to listen to their voices so that everyone feels safe using public transport.”

Other examples of ways the network is being made safer include the West Midlands Regional Traffic Coordination Centre – a cutting edge control facility which monitors the region’s road, rail, tram and bus networks round the clock.