Beryl has celebrated the first anniversary of its e-scooter scheme in Bournemouth, Christchurch and Poole after achieving a significant landmark, with over 250,000 journeys completed in its first year. 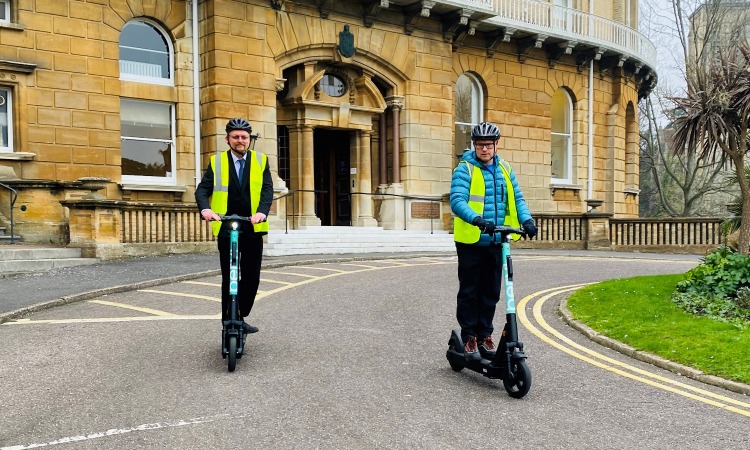 First launched on 25 January 2021 – in partnership with Bournemouth, Christchurch and Poole (BCP) Council – the Department for Transport’s (DfT) Beryl e-scooter pilot scheme surpassed one million kilometres at the end of January 2022 from 264,346 separate journeys completed in its first year.

Feedback from users shows that 27.2 per cent of e-scooter journeys in the BCP Council region have replaced road transport journeys – including driving a car/van, being a passenger in a car/van, using a taxi or riding a motorbike or moped –  which equates to over 52 tonnes of carbon dioxide emissions having been saved.

Initially launched with 50 e-scooters, the DfT pilot scheme in Bournemouth and Poole has now increased to 250 e-scooters. This significant growth came as a direct response to the COVID-19 pandemic to provide residents with another form of sustainable and affordable socially distanced travel for essential journeys.

Safety has been paramount during the first 12 months of operation, with Beryl working closely with Dorset Police and Public Health Dorset to ensure that the trial remains as safe as possible for customers, pedestrians and all other road users.

Geofenced ‘Go Slow’ zones, which automatically reduce the speed of the e-scooters to 3mph or under upon entry, were introduced in both Summer and Winter 2021 in busy locations, such as the Seafront Promenade and Bournemouth Square.

“What this first year has shown is that, when planned correctly with local authorities and stakeholders and with the safety of users and pedestrians treated as paramount; e-scooters can be an important part of an integrated public transport system alongside cycling, walking and bus service provision,” said Beryl’s CEO, Phil Ellis.

Councillor Mike Greene, BCP Council’s Portfolio Holder for Transport and the Environment, said: “It is great to see the e-scooter trial reach this important milestone, and my thanks and congratulations go to Beryl on this joint achievement. The e-scooters have their detractors, as does anything new, but there is no denying how popular they have been and how much they have helped in our aim of reducing congestion on our roads by giving people a green, low carbon choice in how they can travel, particularly for those shorter local journeys.”

During the trial period, e-scooter riders are required to provide a valid UK Driving Licence to participate. They are also asked to provide feedback on their experiences using the vehicles to support data learnings on operating the service.

Beryl e-scooters can be used on roads, cycle lanes, carriageways and other areas where cycling is permitted but not on pavements. Every Beryl e-scooter has vehicle approval from DfT, ensuring that it meets the highest safety standards.