Transport numbers in Sydney are significantly down on this period last year, with commuters working from home instead of boarding buses and ferries. 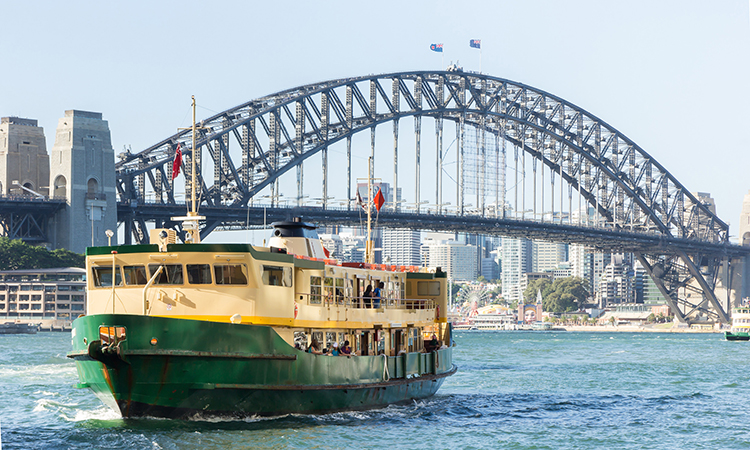 Sydney's ferries are among the worst-affected modes by COVID-19

Road traffic in the Australian city of Sydney has almost returned to pre-pandemic levels, as commuters continue to avoid the city’s public transport.

According to the Sydney Morning Herald, just 23.5 million journeys were made on public transport in December 2020, compared to 58.5 million in the same month in 2019.

Perhaps the hardest hit mode was ferries, which saw a drop-off of two-thirds according to the Herald. Ferries play a crucial role in Sydney’s transport network, zig-zagging their way across the Paramatta River and later Sydney harbour to traverse routes that would take much longer by road.

Ferries were not the only mode dealt a devastating blow by occupancy numbers since the advent of the pandemic. Train and bus journeys were both down nearly 50 per cent on pre-pandemic levels. Worryingly, perhaps, there were only small increases in passenger numbers between July and December, when Australia starts to enter the summer months. This is also in spite of a relatively low number of cases detected in the Australian state as compared to the rest of the world, which might be a cause for concern for other transport operators in Europe hoping for a speedy return to pre-pandemic levels of patronage once the virus is beaten.

The eagerness of Australians to work from home has left the transport network reeling in New South Wales. “There is a lot less travel to work for office workers – especially CBD-based office workers – which hits trains pretty hard, since the rail network radiates from the Sydney CBD,” Professor of transport engineering at the University of Sydney David Levinson told the Sydney Morning Herald.

Road traffic is still down compared to pre-pandemic levels, yet there is some concern that congestion problems may arise should Sydney residents continue to shun public transport.

A Transport for New South Wales spokesperson told the Sydney Morning Herald they had “no concerns over congestion or gridlock at this stage”. Similarly, Professor Levinson believes some behavioural changes could stick around after COVID-19’s threat dissipates, which in turn will reduce the need for travel.

“I don’t think congestion will go all the way back to normal as restrictions ease, the rise in working from home and deliveries in lieu of shopping and eating out will be at least somewhat irreversible,” he said.

New South Wales is perhaps a warning for cities and territories around the world that the effects of COVID-19 on public transport could last a while longer yet – and restoring public confidence in the safety of their trains and buses could take even longer.