The statistics might make for worrying reading for operators hoping for a swift return to pre-pandemic levels one vaccines are rolled out. 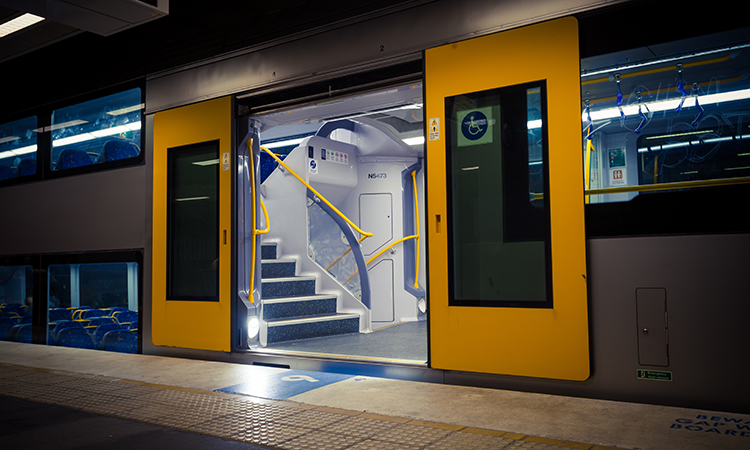 It could be a while yet before these carriages are full again.

Just over 900,000 people tapped into New South Wales’ public transport system using their Opal card on Friday 8 January, which compared with the 2 million tap ins on the corresponding day in 2020 makes for concerning reading.

The data includes all modes in the Australian state, which of course is home to the country’s biggest and most populous city in Sydney. Despite relatively low numbers of COVID-19 cases, it seems that many residents in Sydney and its surrounding areas are still keen to work from home. This could potentially alarm other transport authorities around the world pinning their hopes of recovery on a swift bounce back to pre-pandemic levels of patronage.

The data released by TfNSW indicated a return to the numbers seen back in January and February last year, with daily tap ins hitting 1.5 million on 17 December 2020. In fact, throughout the month of December, TfSNW saw an average of 1.25 million people per day using its metro, buses, ferry and light rail services. 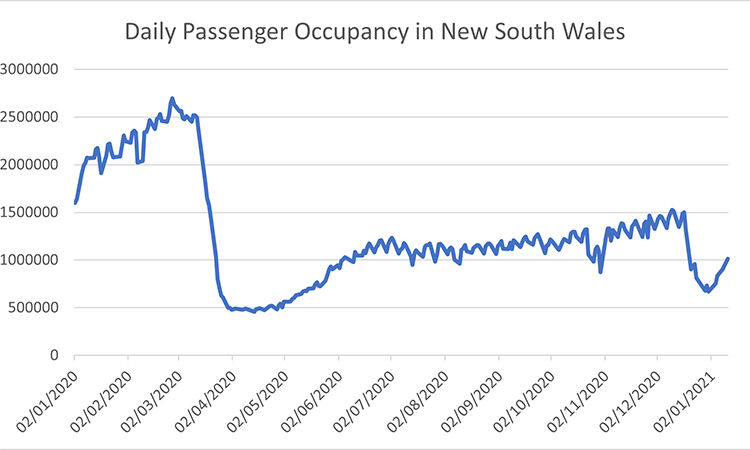 The January drop-off is quite clearly demonstrated here. Data: TfNSW

The New Year has not continued the recovery, however. Despite only being 13 days old, January has seen an average daily occupancy of just 843,557, which is more consistent with statistics gathered in May 2020. In fact, 26 May 2020 was the last time before this month that daily occupancy had dipped below the 800,000 mark.

Though case numbers in New South Wales are far lower than the likes seen in the US or UK, the consistent reporting of between 50 and 70 cases per week over the New Year period has perhaps put Sydney’s commuters off the trains and buses.

What may cause concern for authorities around the world is the failure of numbers to hit the levels seen even last year in a country which has, by worldwide standards, handled the pandemic quite well. Put simply, if New South Wales’ occupancy levels are still a long way off “normal”, with a weekly case rate of around 50, then how long will they take to return in cities such as London or New York?