Transport accounts for 17 per cent of carbon emissions in Wales – the Government there has formulated a strategy to try and bring this down, which involves nine different plans for sectors across the network. 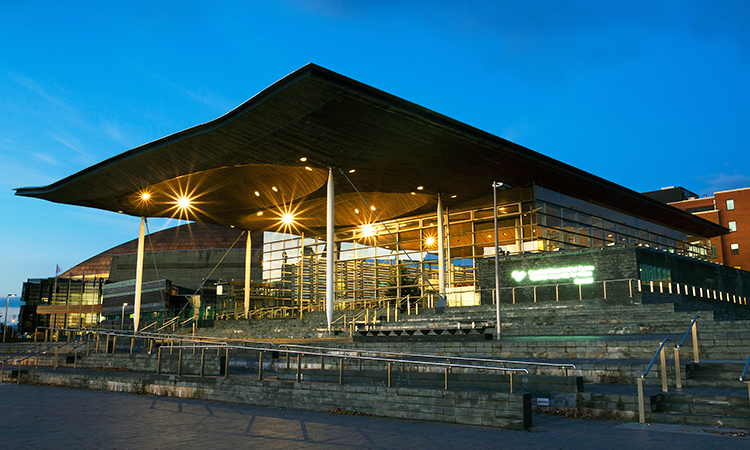 The Welsh Government has laid out a plan to reduce carbon emissions from transport over the next 20 years.

The Welsh Government has this week published its draft transport strategy, which aims to reduce carbon emissions from the transport network in Wales.

Transport currently makes up 17 per cent of Wales’ carbon emissions, but the Welsh Government has committed to setting new and stretching five-year priorities to tackle carbon emissions as it seeks to meet decarbonisation targets.

The draft strategy, ‘Llwybr Newydd – New Path’, was launched on Tuesday and will shape Wales’ transport system over the next two decades. It sets out a range of new ambitions to reshape transport in Wales, including a new sustainable transport hierarchy that according to the government will help shape investments towards greener transport options.

The Welsh Government says it has already outlined a long-term ambition for 30 per cent of the workforce to work from home or remotely, which it says will be achieved by giving people more choice over how and where they work. This is intrinsically linked to reducing carbon emissions through transport according to the authority, as fewer people would (in theory) be using cars to travel to work. Officials say the new strategy recognises that along with more local services and active travel, this could significantly reduce the number of vehicles on the road.

‘Llwybr Newydd’ sets out four long-term ambitions for the transport system in Wales, delivered through a set of five-year priorities. It also contains nine ‘mini-plans’ for the following modes and sectors: active travel, rail, buses, roads (including streets and parking), taxis and private hire vehicles, freight and logistics, and ports, maritime transport and aviation.

Ken Skates, Minister for Economy, Transport and North Wales, said this was a once in a generation opportunity: “Our public transport system is one of the most important national assets we have. It connects people to one another, binds communities together and enables businesses to grow and expand. It’s one of the most powerful tools for social justice and inclusive growth that we possess.

“But in 2020 we stand at an important moment in its development. Our climate is in crisis, new technology is disrupting the way we think about travel itself and coronavirus is severely testing the financial and economic foundations of public transport models.

“Our new strategy – Llwybr Newydd – sets out a commitment to a major reduction in transport emissions so we our all playing our part in the address the crisis we face. It shows how promoting social justice and tackling the climate emergency will be at the heart of our work, particularly in the context of a pandemic which is fundamentally changing the way we live, work and play.

“The shift towards a greener transport system is already underway, with record levels of investment in active travel and public transport. Llwybr Newydd is a once in a generation opportunity to reinforce and accelerate that work so that we can make our transport system in Wales genuinely fit for future for generations to come.”

The  Future Generations Commissioner for Wales, Sophie Howe, welcomed the new strategy: “Transport planning is about improving people’s lives and this is a clear commitment by Welsh Government to giving people better options for how they live and work.

“Some of Wales’ most vulnerable people are most harmed by the poor air that comes with our reliance on old modes of transport. This plan has the potential to tackle health and employment inequalities and properly connect people with their communities.

“I look forward to working with Welsh Government to ensure that spending decisions meet the ambitions for de-carbonising and open up our transport system to fit the needs of all.

“This commits us to moving away from building new roads as a standard fix, setting out long-term investment in active travel, public transport and digital connectivity for a Wales we all want to live in.”