Social and environmental changes within Barcelona will lay the foundations for the future, mobility needs must keep pace with this level of change. Ricard Font i Hereu discusses how digitalisation of the transport system is integral to its longevity. 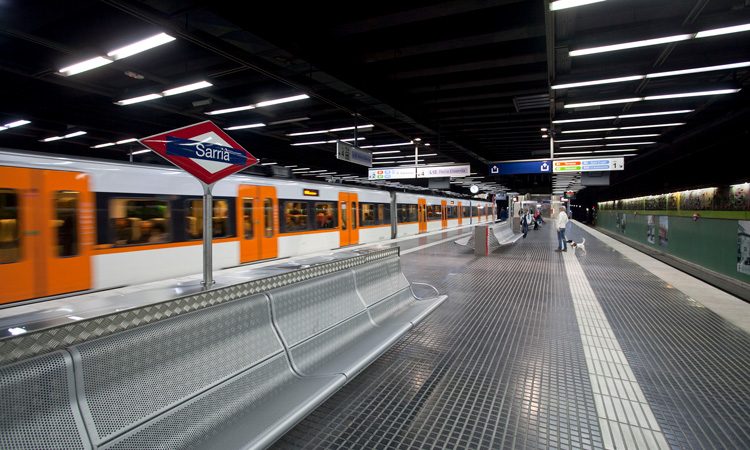 What will the future be like? It’s impossible to know all the details, but we know it’ll be marked by change. We’ll have to learn to live in a volatile environment characterised by rapid, unpredictable changes, a less linear future, more open than ever before. The technological, social, economic, environmental and even moral changes taking place in the world today cannot be compared with any other period in history. Never have we lived with so many simultaneous changes that are so complex to understand.

Not only is the public transport sector vulnerable to this revolution, but its own transformation as a sector boosts its ability to be a catalyst for changes that go far beyond its own sphere. None of the great economic and social changes since the industrial revolution have come about without large-scale improvements to transport systems, especially public ones. This time too, the economic and social paradigm shift will require in-depth changes in the mobility sector.

As a public transport company, FGC feels it is at the centre of the concerns and challenges faced by Catalan society today. But we also feel implicated because everything we build in Barcelona, in Catalonia, is useful or can help to meet the global challenges we face today, as set down in the sustainable development goals laid down by the United Nations.

Nearly all the 17 goals laid down in the 2030 Agenda affect us in at least some of our actions as a company: health and well-being, gender equality, decent work and economic growth, for example. This is why in our strategy for the future – the 10/30 Strategic Agenda – we considered the 17 goals in the UN 2030 Agenda of core importance in defining our goals. Sustainability means not just doing things here and there but making sure we do not compromise our collective future.

Of the 17 goals, there are two that we have made part of the DNA of our company: number 11, concerned with achieving more sustainable cities; and number 13, calling for urgent measures to combat the climate emergency. The environmental angle is a priority in the transformation being undertaken at FGC, and the one that sets the pace for change in the company. This is why one of the first commitments on our agenda is to use 100 per cent renewable energy by 2020, and for this to be at least 50 per cent solar photovoltaic by 2022.

In the case of FGC, the overall commitment to the struggle against climate change springs from our commitment to reducing local pollution in the Barcelona metropolitan area, which has long suffered from high levels of nitrogen oxides and suspended particulates, basically due to the large numbers of private vehicles entering the city every day. This involves not just using less resources to be more efficient, but also growing and being more competitive.

It would be of little use to adopt an environmental discourse and act accordingly if we did not offer a good product as we always have as a company: a quality, punctual and comfortable service. We have built sustainability into our DNA, but we keep the customer at the centre of our concerns. Customers no longer make the same journey at the same time nearly every day. The passenger of the future, or rather the passenger of today, is someone with a specific need for mobility who wants this need met quickly, punctually, comfortably and competitively, whether by taxi, shared vehicle, on-demand bus, metro, railway or bicycle – or even by combining two or three of these means of transport in a single journey.

The first decisions taken by Ferrocarrils de la Generalitat in this sphere aim to consolidate the company’s position as a genuine multimodal agent. We must understand that the train or metro alone cannot meet the public’s demands. We recognise that train services are an essential part of the transport network, but only a part.

We are shifting our focus to offering our clients a “door-to-door” service. If we do not do this, travellers will look for alternatives that do not always involve using the public transport network. Our obligation is therefore to be proactive, to exploit and create synergies to expand this radius and raise the profile of the entire complementary, combined public transport system by working together with other operators so that more and more people make use of the network as a whole.

We therefore face an exciting challenge, that of turning a public rail transport operator into a mobility service company which combines the traditional values of punctuality and reliability with a quality experience, offering added value and complementary services for customers.

We could not cope with all these changes without technology, which is helping us to diagnose the situation. Big data and data analysis provide us with new solutions to apply and bring us closer to our users thanks to the apps with which we can interact and offer almost personalised treatment.

For all these reasons, we continue to opt for digitising the organisation at all levels. Having latest-generation tools will enable us to speed up the roll-out of all these changes and meet users’ needs more quickly. The roll-out of technology is therefore a central part of our 10/30 Strategic Agenda.

In fact, alongside the creation of this agenda, one of FGC’s technological partnerships has already begun to bear fruit. As of last May, users of Ferrocarrils de la Generalitat de Catalunya have at their disposal Geotren, an app that makes it possible to geolocate our trains in real time. This system enables users to see where on its journey a train is, its destination, how full each coach is, the next stops and whether it is on time.

Geotren is a good example of where we are going; an urban society with sustained growth which will need innovation and technology to manage itself more and more efficiently. The United Nations predict that by 2050 the world population living in cities will have gone from the current 55 per cent to 68 per cent. There will be 41 megacities with over 10 million inhabitants. Barcelona will not be one of these, but its conurbation will certainly account for well over 6 million people, making it a key city in southern Europe, the centre of a Euroregion including Occitania (southern France), Aragon, the Valencia region and Murcia, and the capital of a country with a territory as complex as Catalonia.

For all these reasons, we will continue to act as an agent transforming realities in Catalonia and Barcelona, providing a basic service to make interaction between people possible, a mission we have been fulfilling ever since our company was set up 40 years ago. Now, however, we will be doing so in the knowledge that our world is the whole world, more aware than ever that even though we are a small company in a small country, we must act so that the effects of our actions are compatible with the continuation of real human life, as the philosopher Hans Jonas reminds us.

In 2018, Ricard Font i Hereu was appointed President of the public company Ferrocarrils de la Generalitat de Catalunya (FGC). Formerly, he held the position of Secretary of Infrastructures and Mobility at the Directorate General for Transports and Mobility. During his professional career he has practiced law and has held different offices related to the management of infrastructure, transport and mobility at the public sector. Ricard Font holds a bachelor’s degree in Legal Science by UdG; a Master’s degree in Territory, Urban Planning and Environment Law by UPF; a Master’s degree in Management and Administration of Corporate and Cooperative Business by UdG and has completed postgraduate courses at UAB, UPF and ESADE. 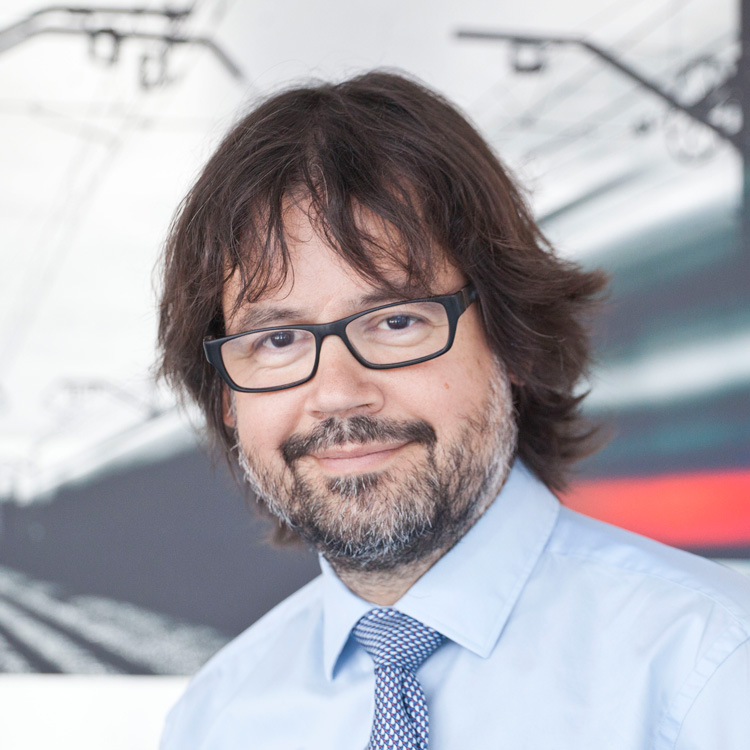 By Ricard Font i Hereu - FGC