The future of autonomous public transport in the UK

Posted: 11 June 2017 | Dr Amir Soltani, Head of the Automotive Mechatronic Lab within the Advanced Vehicle Engineering Centre at the UK’s Cranfield University | No comments yet

The Automotive industry is on the verge of one of the most disruptive changes since its first introduction about 100 years ago. The synergetic effect of four technology enablers, so-called: Electrification, Smartness, Autonomy and Connectivity, are going to change transportation systems forever. By most estimates, fully autonomous vehicles are to be commercially available within the next 10 years. Today’s ‘intelligent mobility’ market is worth approximately US$30 billion which is projected to rise to US$1.5 trillion by 20301. These techno-economical changes will transform the mobility sector into a connected, intelligent, customised and shared environment and will have huge implications on the market and also social aspects of public transportation. Dr Amir Soltani, Head of the Automotive Mechatronic Lab within the Advanced Vehicle Engineering Centre at the UK’s Cranfield University, explores further. 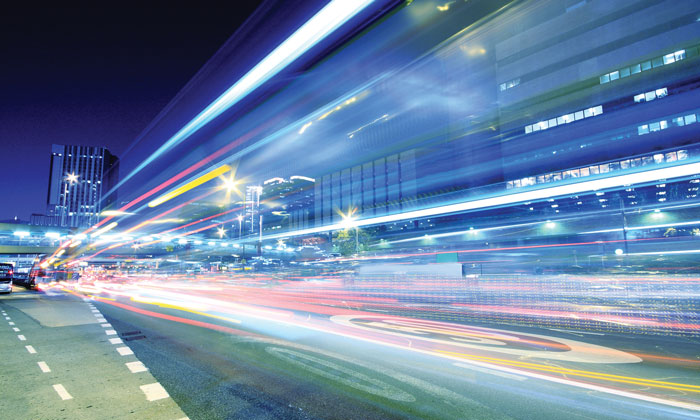 According to SMMT, Electrified Connected & Autonomous Vehicle (ECAV) technologies will provide enormous socio-economic benefits in the UK, which is predicted to be worth around £51 billion per year by 2030, creating more than 320,000 jobs, the majority outside automotive manufacturing, and about 25,000 serious accidents could be prevented. The remarkable socio-economic and environmental implications of ECAVs have been acknowledged by industrial policy makers, public organisations, automotive companies, research centres, and universities across the UK. As a result, a significant amount of public and private funds have been allocated for research, design and development projects of ECAVs and Intelligent Transportation systems in recent years and it is expected that this figure will continue to grow in the future.

The UK policy has been set to achieve a global leadership position in the demonstration and deployment of ECAV technologies by capitalising on its competitive advantages. The UK government objective is to set its industrial strategies and build its competitive advantages on the strength of its world-leading centres of excellence and wider business environment2. According to this policy, a wide range of supportive means are now available in research, development, demonstration, and deployment of ECAVs, and the government encourages collaboration between automotive companies, research centres, universities, and innovative start-up and SMEs, through organisations such as the Centre for Connected and Autonomous Vehicles (CCAV), Innovate UK, APC and EPSRC. Some of these initiatives include2:

The idea of using autonomous vehicles for public transportation (in the UK) was first formed in Cardiff, 16 years ago. The plan was to adopt an Urban Light Transport (ULTra) autonomous taxi network as a transport link between Cardiff Bay and the city centre, however this did not materialise due to a lack of funding at that time. The idea then turned into a small transport fleet of self-driving pods, which have been running since 2011 at Heathrow Terminal 5, as a shuttle between the terminal and the business car park.

Thanks to recent government initiatives, there have been a growing number of collaborative research and development projects in recent years on various aspects of ECAV technologies. An interesting example is the GATEway project, led by TRL, whose driverless pods have started carrying members of the public around in North Greenwich, London. The other success story is AVDIF which is one of the world’s first open access research platforms (pod) for Automated Vehicle technology, developed by Transport Systems Catapult (TSC) in Milton Keynes.

Besides these technology demonstration projects, the real race has already started among automotive manufacturers all around the world, and the UK automotive sector is also working hard to be keep their position as a pioneer in this competitive market.

Jaguar Land Rover (JLR) plans to create a fleet of more than 100 research vehicles over the next four years to develop and test a wide range of Connected and Autonomous Vehicle (CAV) technologies. The first of these research cars will be driven on a new 41 mile test route of motorways and urban ro ads around Coventry and Solihull.

Nissan aim to have commercially viable autonomous drive vehicles on the road by 2020. A converted electric Nissan Leaf autonomous car was the first to be tested on a public road. Nissan is set to be the first to have self-driving cars on public roads in Europe, as it receives clearance from the UK government to commence trials. The vehicle had its first public demonstration drive recently in London and the UK ‘luxury’ automakers such as McLaren and Bentley have revealed their visions on autonomous vehicle for this sector.

ECAVs are such complex and multi disciplinary systems that none of the traditional OEM and Tier1 companies have the complete skill set to address all aspects of its systems. In this challenging technical domain, the high-tech start-up companies play a major role in developing the newly required expertise, occasionally from other sectors, such as robotics, Telecommunication, IT, Big Data Management, Cloud Computing, IOT, and so on, into ECAV domain. In recent years we have witnessed emerging and growing pioneer companies such as Oxbotica and Roborcae in the UK, that are aiming to become one of the global players in the this very fast growing market.

A sustainable development of new and emerging technologies could not be achieved without the strong involvement of universities. These institutions play an important role by training the required skill sets; providing unbiased research environments and out comes; and supporting the formation of high-tech start-ups (sometimes in the form of spin-off) companies. There are several leading UK universities such as Oxford, Bristol, Leeds, Loughborough and Cranfield which are now engaged with various activities and projects in the research, development and testing of ECAVs.

Cranfield was among the first universities that invested in ECAV testing and development infrastructure. The two capital investment projects known as MUEAVI and IMEC are an engineering centre and a test road inside the university campus to support the development of autonomous transport vehicles and related systems in a controlled research environment. Cranfield University is also committed to provide the next generation of experts by launching the first Masters course on Intelligent Mobility by 2018.

Public acceptance of the employment of EVACs in public transport and/or shared ownership is being studied by leading organisations such as SMMT, TRL, TCS, and the University of Leeds. Another interesting event, the exhibition ‘Driverless Futures: Utopia and Dystopia’ organised by the Royal College of Art, was held in London recently. The aim of this exhibition was to examine the major social changes London will experience when self-drive vehicles first become publicly available, in 2020, and then on mass market, around 2050.

It seems that the UK is preparing itself to take leadership in adopting various kinds of ECAVs in its public and private transport systems and we will be witness to various kinds of ECAVs driving on streets and highways within the next few years. To achieve this goal, the whole beneficiaries from UK government and public organisations to automotive companies, innovative start-up SMEs, research centres, universities and the society are actively involved and participating.

Dr Amir Soltani is a Lecturer in Active Chassis Control Development Environments for Connected and Autonomous Vehicles. He is Head of the Automotive Mechatronic Lab within the Advanced Vehicle Engineering Centre at the UK’s Cranfield University. His current works are on Model Based Development (MBD) of advanced control systems for Hybrid/Electric Vehicles, ADAS and Autonomous Vehicles.