Posted: 12 January 2023 | Kammy Horne - VIA Metropolitan Transit | No comments yet

Kammy Horne, Senior Vice President of Development at VIA Metropolitan Transit, discusses the significant role that the agency’s ‘Keep San Antonio Moving’ plan has in advancing the decarbonisation of its public transport network, as well as why it is important to invest in on-demand mobility that meets the needs of communities in order to drive the transition away from the private car. 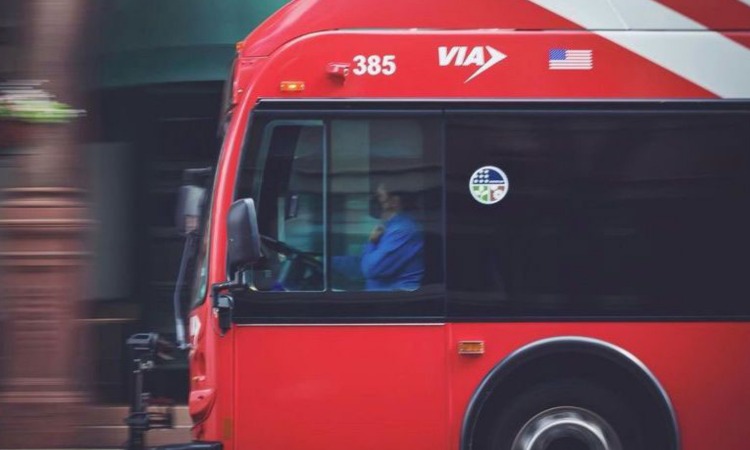 The ever-pressing challenges of poor air quality and traffic congestion have been a key focus for the transport industry, as operators and authorities strive to achieve their net zero targets. How big a part does the decarbonisation of public transport play in reducing San Antonio’s carbon emissions?

VIA Metropolitan Transit in San Antonio, Texas, has been forward focused in the consideration of decarbonisation and reduction of greenhouse gas (GHG) emissions. I serve on the City of San Antonio’s Technical and Community Advisory Committee, which was created with the Climate Equity Advisory Committee to support the implementation of San Antonio’s Climate Action and Adaptation Plan (CAAP) that was adopted in 2019 and developed in collaboration with VIA. The CAAP’s 2016 data indicates that 38 per cent of overall GHG emissions are from transportation, 34 per cent of which is from private vehicles and only 0.4 per cent from public transportation vehicles. Mitigation strategies include reductions in the need for vehicle miles travelled. This is where VIA can provide support with public transportation options.

The numbers cited in the CAAP were published prior to VIA’s historic fleet conversion of more than 500 buses from mostly diesel-powered buses to compressed natural gas (CNG) vehicles. These CNG-fuelled buses are part of a multi-year plan to significantly reduce vehicle emissions, decrease operating costs and allow the agency to carry out planned service enhancements. VIA began replacing more than half of its existing fleet of ageing buses that were between 12 and 15 years old in 2017. The conversion to cleaner, greener buses was completed in 2020, and the new CNG buses are reported to reduce nitrogen oxide emissions by 97 per cent, compared to the vehicles they replaced. 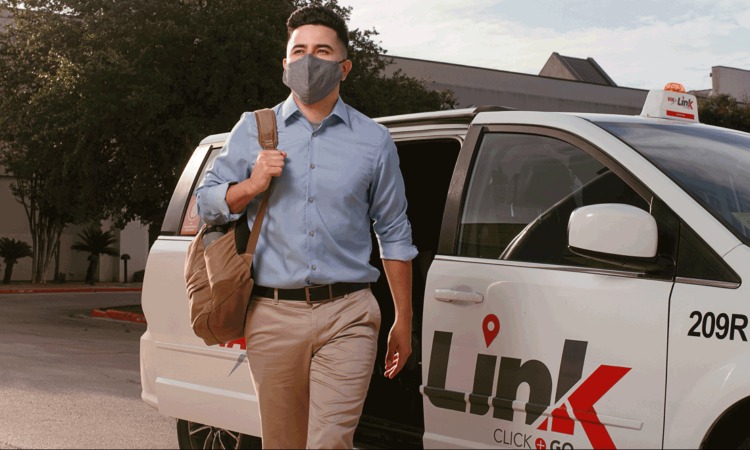 What projects does VIA Metropolitan Transit currently have in the pipeline that will help to achieve a more sustainable transport system in San Antonio?

VIA Metropolitan Transit has many projects included in the 2020 voter-approved ‘Keep San Antonio Moving’ plan that are all designed and interconnected to achieve a more sustainable transportation system through better mobility options. The plan includes several elements including: 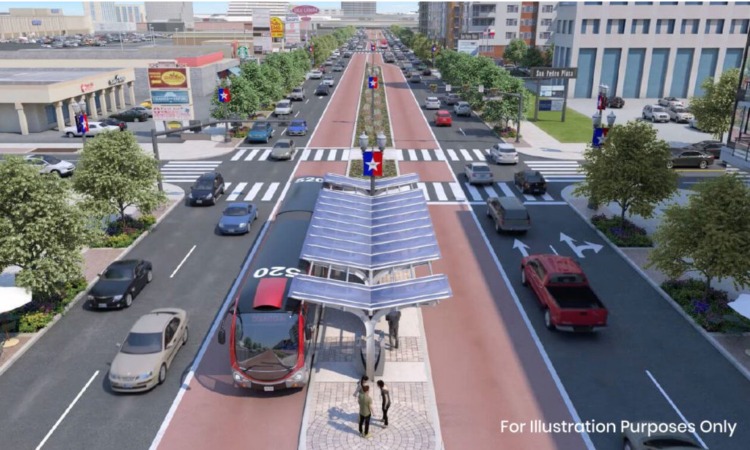 Although public transport has seen a global increase in ridership post-pandemic, car use continues to be more resilient. What is being done to encourage modal shift from the private car, and how significant is improving active travel and public transport infrastructure in achieving this?

It is so important to invest in mobility tools that fit the surrounding land use and population, such as mobility on-demand for less dense suburban areas”

I believe private automobile use will continue to be resilient in cities that have not been developed around public transportation as the primary mode of travel, including San Antonio, until such time that the benefits of the use of transit in cost and time savings outweighs other options. This is why it is so important to invest in mobility tools that fit the surrounding land use and population, such as mobility on-demand for less dense suburban areas and focusing on improving frequency in fixed-route services through traditional methods and investments in dedicated bus lanes.

Results in the reduction of vehicle miles travelled won’t be seen overnight but over time. As the population continues to grow, these investments for future public transportation will pay off in more liveable cities with less increase in the continued rise in greenhouse gas emissions. VIA, through its ‘Keep San Antonio Moving’ plan, is working proactively to achieve a more efficient and effective system for the future of the city’s population. 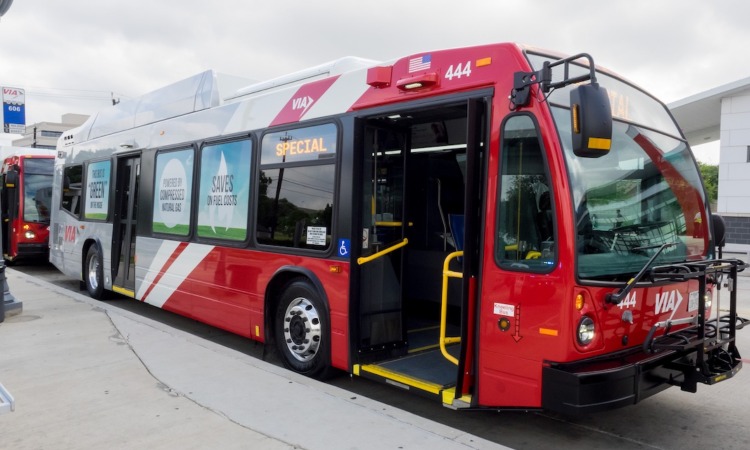 What are the biggest barriers to encouraging active travel in San Antonio?

San Antonio is the seventh-largest city in the U.S. with the fastest-growing population, and one of the most poorly funded for public transportation”

San Antonio, like all major cities in Texas and most around the country, has been developed around the private car. For many factors, especially related to funding, it is challenging to provide public transportation in San Antonio that provides the convenience of a personal vehicle.

San Antonio is the seventh-largest city in the U.S. with the fastest-growing population, and one of the most poorly funded for public transportation. Compared to many other large cities, including its Texas peers, San Antonio has a major challenge because of the large size of its service area coupled with very limited funding through sales tax. which results in less frequency of bus service. VIA has one of the largest service areas in Texas, covering over 1,200 square miles, and is the only large city to receive less than one cent of sales tax to fund the system. At the current time, this is paired with the challenges of the operator shortages, an issue facing many transit systems across the country.

The ‘Keep San Antonio Moving’ plan is a comprehensive and proactive approach to maximising opportunities to couple future funding and efficient management of mobility tools for the best and most frequent, reliable coverage for the future.

How big a contribution must VIA make for San Antonio to meet its climate goals?

Through the ‘Keep San Antonio Moving’ plan and related initiatives, I believe VIA is making significant contribution with limited resources to support the City of San Antonio and the community in meeting ambitious climate goals. It will be important for VIA to continue to work hand-in-hand with city leaders to support and encourage collaborative decision-making regarding land use, accessible housing, and other infrastructure planning that VIA does not oversee, so that these important decisions are co-ordinated with all the future planning for public transportation.

As Senior Vice President of Development and Planning for VIA Metropolitan Transit in San Antonio, Texas, Kammy Horne is responsible for service planning and scheduling, capital planning and engineering, passenger amenities and real estate acquisition and management. Horne is currently leading many of the VIA efforts to implement new developments for the agency under ‘Keep San Antonio Moving’ – the voter-approved plan designed to improve the transit system by expanding trip options, investing in capital projects, exploring new technology and putting resources where they are needed. 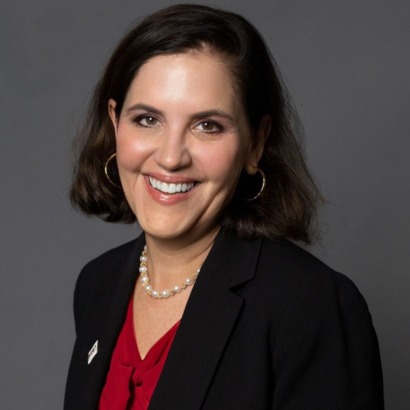