Posted: 7 March 2022 | Tom Cunnington - Transport for London | No comments yet

Tom Cunnington, Head of Buses Business Development at Transport for London, discusses TfL’s efforts to support the decarbonisation of public transport through the adoption of electric and hydrogen fuel cell buses with the aim to operate a fully zero-emission bus fleet by 2034. 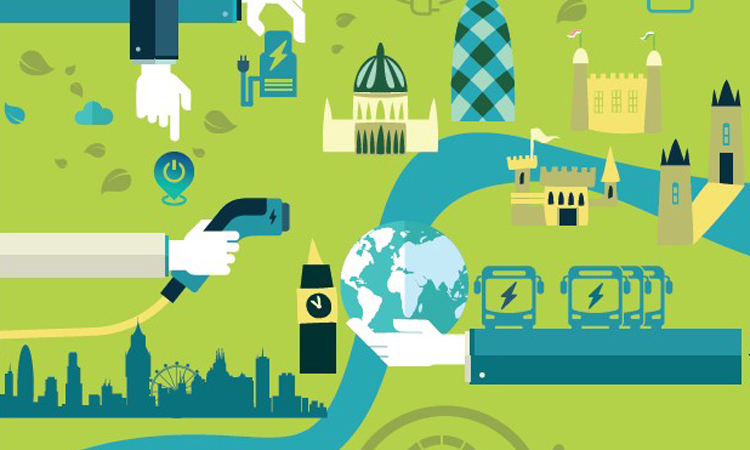 With the highly anticipated COP26 climate change conference having come to a close in Glasgow in November 2021, the global warming crisis is at the forefront of all of our minds. As the damaging effects of fossil fuels unfold across the world, all sectors and organisations must step up to the responsibilities of decarbonisation and investment in green power.

As we work to eliminate carbon, we also further reduce levels of harmful nitrogen dioxide and particulate matter”

Transport for London (TfL) is no exception. We operate a comprehensive and complex network that sees millions travel on our buses, Tubes and trains each day. The bus network is the largest fleet of all, and so it stands to reason that the single biggest thing that we at TfL can do to reduce our carbon emissions and achieve the Mayor of London’s ambitious aim for London to be zero-carbon by 2030 is to make the fleet zero-emission. As we work to eliminate carbon, we also further reduce levels of harmful nitrogen dioxide and particulate matter, which lead to thousands of premature deaths and health issues in the capital each year.

Our commitment to bringing down emissions is not new. We hit a milestone in January 2021 when we brought all 9,000 of our buses up to meet strict Euro VI emissions standards – the same standard as the Ultra Low Emission Zone (ULEZ) – following an extensive engine retrofit programme and introducing new, cleaner buses into the fleet. This has reduced emissions from diesels and hybrids by up to 90 per cent – an impressive amount, and we want to go further.

Electric buses are powered by packs of batteries and, because they have no internal combustion engine, they have no tailpipe emissions (and, indeed, no tailpipe). These were first introduced to TfL’s fleet in 2014, and we now have around 600 zero-emission buses on London’s roads – the largest fleet in Western Europe. There was plenty of scepticism across the industry when we started the push for zero-emission, but we have been clear in our ask and the industry has now responded. Electric double deckers entered the fleet from late 2019 and, over the last few months, a number of new products have been launched; this competition is leading to innovation and better outcomes, joining up our agendas of financial sustainability, zero-emission, ‘Vision Zero’ – which aims to eradicate deaths and serious injuries from our roads – and a better customer experience. 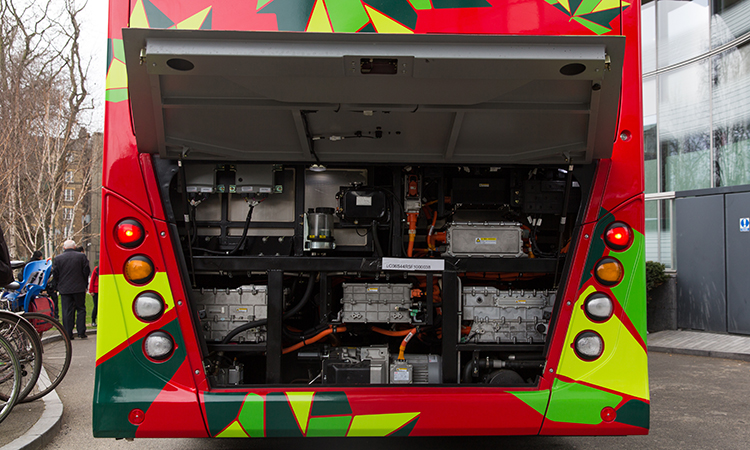 Credit: Transport for London – Electric buses are powered by packs of batteries and, because they have no internal combustion engine, they have no tailpipe emissions (and, indeed, no tailpipe).

Our zero-emission buses here in London aren’t just limited to electric, either. Back in June 2021, we were proud to launch the country’s first hydrogen fuel cell double decker buses, which, like their electric counterparts, produce no harmful emissions at their exhausts. The only by-product from these 20 hydrogen buses is water, as the hydrogen reacts with oxygen from the air and creates electricity to power the vehicles. Our involvement with the Joint Initiative for Hydrogen Vehicles across Europe (JIVE) has allowed us to buy hydrogen buses in bulk with other UK authorities, reducing the cost of what is an exciting – but currently relatively costly – technology.

We now have more than 1,000 zero-emission buses in service or on order, with more added to the network every month, and this number is set to rise considerably in the coming years.

In September, we announced that all new buses coming into our fleet from now on will be zero-emission, another significant milestone that has meant that we can bring forward our commitment to deliver a 100 per cent zero-emission network from 2037 to 2034″

But there is more to what we are doing. For example, we are supporting our partners, including Go Ahead London, SSE and BYD with their Bus2Grid project at the Northumberland Park depot in Haringey. When completed, this project will see electric buses that are plugged in to charge being able to put electricity back into the National Grid when needed in order to deal with short term spikes in demand. Where there is a good synergy, we are looking to use that overnight charging facility to charge other fleets during the day. All of our operators in London are bringing electric vehicle (EV) charging into their businesses – including Arriva’s Brixton Tramshed, where you can still see the tracks in the floor – and, by the end of 2022, we expect 34 out of 77 garages to have power to charge or fuel zero‑emission buses.

In September 2021, we announced that all new buses coming into our fleet from now on will be zero-emission, another significant milestone that has meant that we can bring forward our commitment to deliver a 100 per cent zero-emission network from 2037 to 2034. We are ambitious and, with sustained government funding, we could bring this further forward to 2030, saving an additional one million tonnes of carbon than if we stuck with our original 2037 target – and helping the UK government to achieve its projected 68 per cent reduction in carbon emissions by the end of the decade. 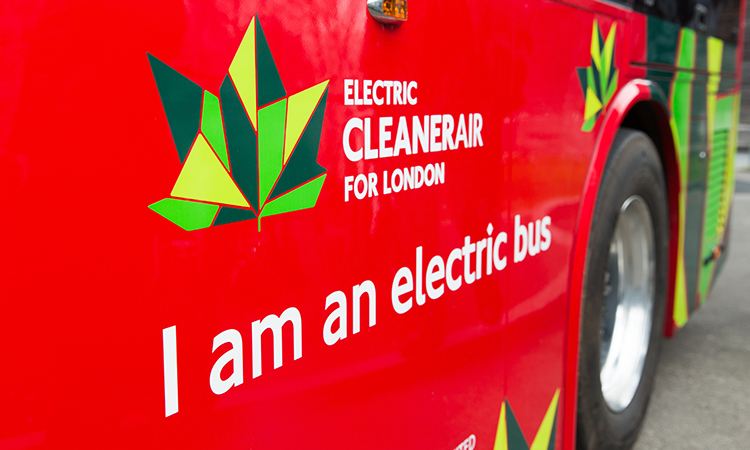 Beyond London, the benefits are clear, too – when we invest in greening London’s bus fleet, we make it easier for other authorities in the UK to do the same, reducing costs and enhancing products for the whole country, as well as supporting 3,000 jobs outside of the capital.

The elimination of drive-train emissions is a significant and highly effective undertaking – and it reduces TfL’s direct carbon emissions by around 50 per cent. But that investment needs an income stream to fund it, which means ensuring that we continue to increase the numbers of people using our service. And we won’t fully realise that investment unless we play our part in reducing other motorised journeys – I don’t want to see our fleet of shiny new zero emission buses sat in traffic jams, and we want to make our streets safer and more attractive for those who can walk and cycle. Electric cars in cities like London are helping to bring down emissions, but zero-emission buses have the edge in this respect, simply because they can carry many more passengers while taking up less road space.

We can make using the bus more attractive with smoother, quieter journeys and features such as USB charging points at every seat, along with our wider work on improving bus safety and reliability, and improvements to facilities outside of the buses themselves, such as stops and shelters. This will encourage people to reconsider their travel habits and use public transport more, and, ultimately, it will lead to fewer cars on the road, reducing congestion and cutting emissions even further.

With my colleagues at TfL, alongside bus operators, manufacturers and suppliers, we now know how we can deliver a zero-emission bus fleet and, at the current rate, three years earlier than our initial projection. There’s plenty more hard work ahead of us, and no doubt the odd pothole on the way, but there’s never been a more exciting time to be working in the bus industry in London.

A commitment to zero-emission

The ongoing coronavirus pandemic has changed how we travel in London and, as ridership remains lower than usual, it is essential that we avoid a car-led recovery. The Mayor of London and Campaign for Better Transport’s Zero Emission Bus Summit in September 2021 was an invaluable opportunity for us to get around the table with representatives from central and local government, bus operators, manufacturers and wider stakeholders to share insight and drive forward the uptake of zero‑emission buses across the UK. 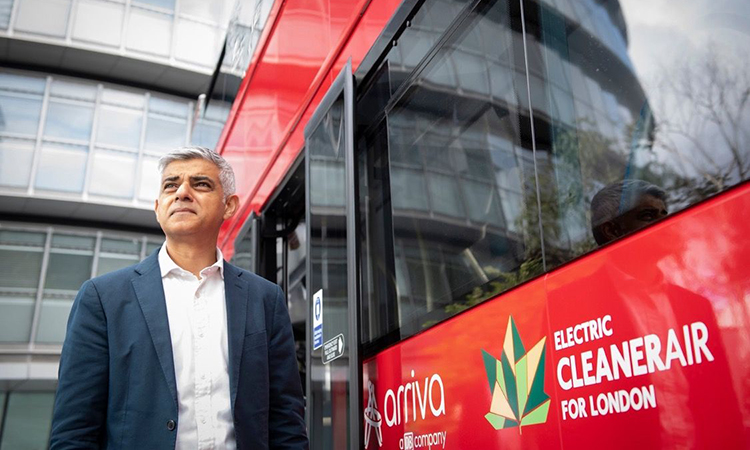 The summit highlighted a commitment amongst all stakeholders to driving down carbon emissions, and the recent talks in Glasgow are now adding momentum to our call for committed funding from the Department for Transport (DfT) to ensure that the government’s target of 4,000 zero-emission buses can be achieved faster, and we can then make a fully zero‑emission bus network a reality.

Tom Cunnington works in Bus Operations at Transport for London (TfL), leading a diverse team of around 25 people who are responsible for innovation, strategy and the delivery of London’s extensive bus network. He provides strategic co-ordination and commercial leadership for planning through to performance, and works closely with the Greater London Authority and other national stakeholders. Cunnington also gives strategic direction for the delivery of Mayoral manifesto commitments, including air quality and safety agendas. 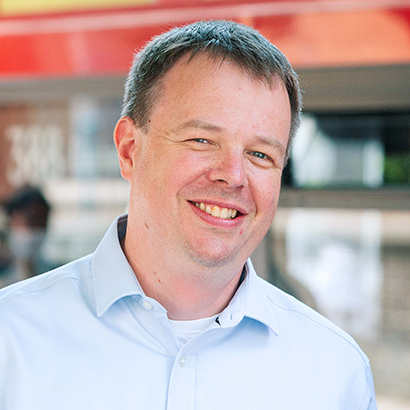