Two months on from COP26 in November 2021, Osborne Clarke’s Michael Kruger and Shraiya Thapa consider whether enough of the conference’s conversations translated into meaningful progress and highlight the areas where more work needs to be done as the world plans for a transition to net zero. 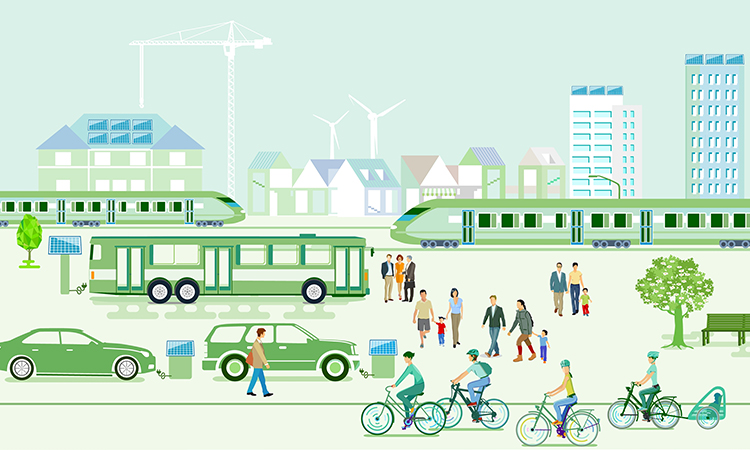 There were high expectations from the transport industry for the 2021 United Nations (UN) Climate Change Conference (COP26) held in Glasgow in autumn 2021. Transport had its own dedicated day on the conference agenda and it was a clear priority for the UK government. Here, we question how much of this ‘hype’ translated into meaningful progress and examine three key issues arising from discussions – focusing on the commitments made and where more work needs to be done.

The key headline from COP26’s Transport Day was the signing of the 100 per cent zero-emission cars and vans declaration. This included, at its core, a pledge from signatories to work together towards all new car and van sales being zero-emission by 2040 globally, and 2035 in leading markets.

The declaration also highlights one of the fundamental ‘chicken and egg’ dilemmas in tackling climate change on a global scale – no one wants to do it alone, but little happens unless the majority go together”

BMW, for example, stated that, while its zero-emission technology is ready now, considerable uncertainty remains regarding the development of global infrastructure to support a complete shift to zero-emission vehicles, with major disparities across markets. Doubts about the sufficient upscale of electric vehicle (EV) infrastructure are not new and, despite the launch of plans to prioritise strengthening infrastructure and coordinate a global transition (Zero Emission Vehicles Council’s 2022 Action Plan), it is clear that this will remain an obstacle to both making commitments and meaningfully implementing them.

The declaration also highlights one of the fundamental ‘chicken and egg’ dilemmas in tackling climate change on a global scale – no one wants to do it alone, but little happens unless the majority go together. This applies not only to governments, but also to public and private stakeholders. It is unlikely, for example, that a commitment from BMW will happen without an equivalent pledge from countries where its vehicles are sold. There was progress with several emerging markets during the conference (including India, Rwanda and Kenya), committing to accelerate their transition to EVs.

However, in terms of finance, most governments were reluctant to commit significant sums towards a global transition. The only notable pledge was the launch of a World Bank fund to mobilise $200 million over the next decade to decarbonise road transport in developing economies.

Ahead of COP26, the UK’s Prime Minister, Boris Johnson, set out the mantra of the conference as “coal, cash, cars and trees”, and it proved true that cars, above all other forms of transport, dominated discussions. Commentators criticised the lack of progress on plans to invest and encourage public transport, cycling and walking. The same sentiment was felt among campaigners at the conference who pointed to the delta between the free city-wide travel pass for delegates and the lack of a fully integrated public transport system being available for Glasgow’s residents.

This was surprising, given that the UK’s own transport strategies published earlier in 2021 included a National Bus Strategy and a Transport Decarbonisation Plan. As an area where specific policies would naturally be expected to unfold at a regional and community level, a global commitment on long-term investment in zero-emission public transport would have been a big and much needed ‘quick win’ at COP26.

There was a renewed focus on innovation at the conference, which could offer some optimism for onlookers. For example, a new ‘urban transition’ mission from the 23 nations who formed part of the Mission Innovation platform and a new report on the role of artificial intelligence (AI) in climate change mitigation, including within transport. While there is an inherent tension between accelerating EV growth and the encouragement of less private vehicle use, progress in both is arguably not mutually exclusive when it comes to developments needed in low-carbon fuel, transport modelling and smart grids.

The Zero Emission Vehicles Council’s 2022 Action Plan included implementing fuel-efficiency standards and regulations as a priority item but, disappointingly, actual discussion and progress on the topic was absent from COP26’s Transport Day. Global consensus on all types of low-carbon standards for vehicles will be critical for ensuring certainty for all stakeholders, especially as many manufacturers have global supply chains.

The focus of COP26 and ‘zero emissions’ discussions of vehicles to date have centred on tailpipe emissions, rather than lifecycle ones. The Zero Emission Vehicles Council’s Action Plan touched on this point, with the aim to ensure supply chains are sustainable and ethical, indicating that collaboration will be needed “including on data, due diligence frameworks, policy to instil circular economy principles and the development of the ecosystem for battery end-of-life.” Lifecycle emissions of all forms of transport will no doubt come under increasing scrutiny as governments and the European Union (EU) start to map out their green taxonomies.

Global plans for a transition to net zero need to be more inclusive and holistic, not only to comprise all forms of transport, but also to facilitate the changes needed to infrastructure, standards and supply chains”

As we reflect on COP26, significant challenges to decarbonising transport remain. Global plans for a transition to net zero need to be more inclusive and holistic, not only to comprise all forms of transport, but also to facilitate the changes needed to infrastructure, standards and supply chains. With the 2022 United Nations Climate Change Conference (COP27) taking place in Egypt in November 2022, the next opportunity for the global community to reconvene and take a more ambitious approach to transport is not far away. In the meantime, the focus for government and industry will be on how to progress change through sustainable investment within the current regulatory and policy framework, turning commitments at macro level into deliverable solutions.

Michael Kruger is a finance lawyer in Osborne Clarke’s projects team. He advises both funders and sponsors on the financing and structuring of green energy, e-mobility and battery storage projects. Part of the firm’s international decarbonisation team of over 150 lawyers, he is currently advising on innovative funding structures to advance projects relating to the UK’s net zero ambitions.

Shraiya Thapa is an energy lawyer in Osborne Clarke’s projects team. She specialises in the low carbon energy sector and decarbonisation-related transactions and agreements. Her clients include investors, funders, energy suppliers, commercial customers and infrastructure providers.