The Barcelona Metro will be 100 per cent accessible by 2024

As 92 per cent of the Metro is already accessible, the target of 100 per cent accessibility by 2024 seems more than possible, but what more needs to change? 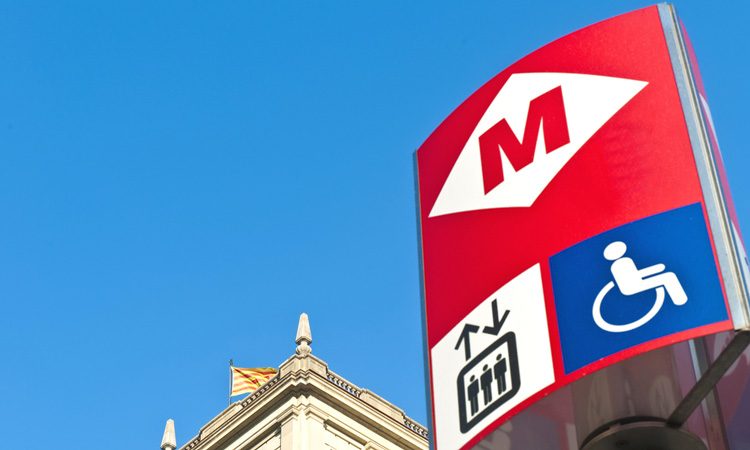 The infrastructural developments at Jaume I, a station along the Barcelona Metro line, have been completed, and as a result the station is entirely accessible. The work is thought to have cost €4 million and has seen the installation of two elevators and the remodelling of the two lobbies of the station.

The Minister of Territory and Sustainability, Damià Calvet, who attended the station to see the work that had been completed, commented: “We have adapted 92 per cent of the metro network for people with reduced mobility, and we pride ourselves with one of the most accessible networks across Europe.” 144 of the 157 station along the Barcelona Metro are already accessible. The entire project, to make the whole of the Barcelona metro network accessible, is estimated to cost in excess of €80 million.

Councillor for Mobility, Rosa Alarcón, who also attended the station, said: “If we want to have a transport network that can be used by everyone, especially considering the environmental emergency we see ourselves in, it is necessary that we strive to see 100 per cent of our stations adapted for passengers with reduced mobility.”

Since 2004, the Catalan government has invested approximately €10 million in accessibility services and since 2011, nearly €43 million has been invested which has seen the development of 12 stations. Additionally, the government has pledged to improve the accessibility of the interchange at Maragall and Plaza of Spain. Together, this project has a budget of €22 million and once adapted it is predicted that it will serve 14 million passengers annually.

The infrastructural development at Jaume I has seen the corridors which run underneath the tracks and connect passengers to the stations levelled out to ensure that it is accessible for everyone, from walkers to wheelchair users. Additionally, the platforms of the stations have been evened out too, ensuring the trains are easier to board. Steps have been removed and replaced with ramps and there are plans to introduce a street level lift.

Calvert has said that the remaining works will commence in 2021.