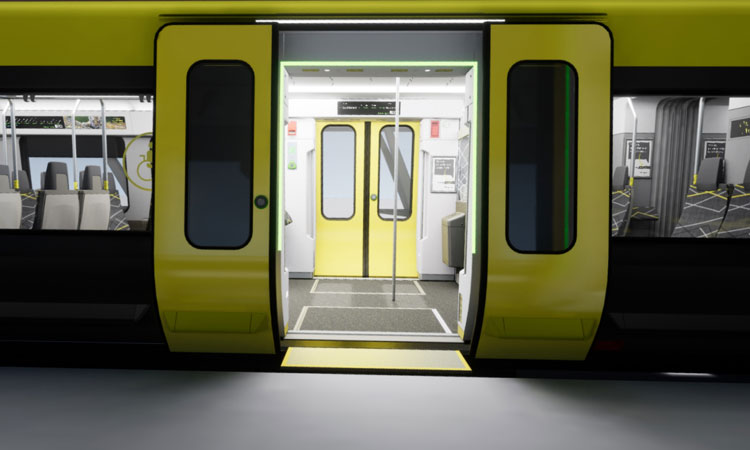 In a little over a years’ time, Merseyrail passengers will be travelling on a fleet of new, state-of-the-art trains – on track to transform travel across the Liverpool City Region. The Merseyrail network runs across Merseyside – from Southport on the north Sefton coast through the city of Liverpool, under the River Mersey and across the Wirral peninsula, and east to the town of Ormskirk and the suburb of Kirkby. Carrying more than 34 million passengers a year, the network is one of the most reliable in the UK with consistently strong customer satisfaction ratings.

However, the trains running on the network are some of the oldest in the country, with most having been in service for 40 years. Whilst cosmetic improvements to the trains have been made in recent years, the age of the units means that it is becoming increasingly difficult to source replacement parts.

Investing in transport and the economy

To ensure that the network can serve passengers in the city region for decades to come, and with full obsolescence of the current fleet looming, it was decided that significant investment should be made in commissioning and building new trains fit for a 21st century transport system.

As such, new trains are being manufactured and will be maintained by Swiss engineering firm Stadler. They will be rolled out across the network from 2020 as part of a £460 million project managed by Merseytravel on behalf of the Liverpool City Region Combined Authority.

The new rolling stock will cut journey times by up to 10 per cent and their spacious, open-ended carriages are designed to carry 50 per cent more passengers. This will help meet growing demand on the network and support the Liverpool City Region’s economic ambitions to be both as attractive a place to work and do business as it is to visit and spend leisure time. Projected figures put the annual boost from the trains to the regional economy at £70 million each year, with the creation of 1,000 new jobs.

The new trains – class 777 EMUs, currently being designed in Spain and produced in Poland and Switzerland – are sleek and modern-looking, containing a range of features chosen by rail users in the city region which include power and phone-charging points, free Wi-Fi and air conditioning.

A boost to accessibility

Perhaps the most important improvement, however, will be to the accessibility of the trains. Currently, the gap between the train and platform edge at many stations on the Merseyrail network is difficult to manage, even by able-bodied passengers. At Kirkby, for example, the gap between the carriage and the platform is over 400mm. Like many stations on the network, it was built in the Victorian era, with little additional work done to adjust its platforms in the last 150 years.

The existing solution available for wheelchair users accessing Merseyrail trains is a metal ramp, requiring advance notice of the need for the ramp and a member of station staff to be on hand to deploy it. While this does provide greater accessibility for the current trains, it means that wheelchair users aren’t able to board without assistance or advance planning.

In contrast, each set of doors on the new trains will have a low floor at each doorway and will be fitted with an intelligent sliding step. This technology uses a sensor to detect the distance to the platform and deploys a reinforced, automated step which bridges the gap between the train and platform edge.

The sliding step is a tried-and-tested technology that has become a standard feature of Stadler trains. It is also commonly used in train and metro systems in Switzerland and has proven practical and resilient to even the most extreme conditions. It’s still a novel approach for the UK, though, and will make Merseyrail the most accessible mainline network in the country.

Wheelchair users, parents with prams, cyclists and those with reduced mobility will all be able to access the new Merseyrail trains unassisted. When on the trains, all users will be able to move through the spacious aisles. There are also large additional separate spaces reserved specifically for wheelchairs, prams and cycles.

The need for better accessibility on the network was one championed by local people, including Liverpool councillor and wheelchair user, Pam Thomas. Throughout the procurement and design process, regular consultations took place with disability support and advocacy groups to make sure that the new trains would be easy to use for as many passengers as possible.

To accommodate the transformational technology onboard the new trains, upgrade work will have to take place on more than 100 platforms at stations across Merseyrail’s Northern and Wirral lines. Beginning in October 2018 and concluding in July 2019, work will be undertaken in phases to raise, and in some cases lower, platforms and rails to ensure they’ll be adjacent with the sliding step.

To demonstrate the unassisted access that all Merseyrail users will soon be able to enjoy, we’ve taken a full-size replica of the new train – complete with working sliding step technology – to several locations across the Liverpool City Region. The feedback has been overwhelmingly positive from both current passengers and non-rail users alike.

Testing of the first new units on the network should begin around the time that the upgrade works are scheduled to finish, with the trains beginning to enter service in the spring of 2020. This means people across the Liverpool City Region – and those visiting – won’t have long to wait to experience the new trains and the improved accessibility the improvements will bring.