RTA Dubai has become the first government body in the Middle East to use VR technology in driver training and rehabilitation in bid to improve the passenger experience. 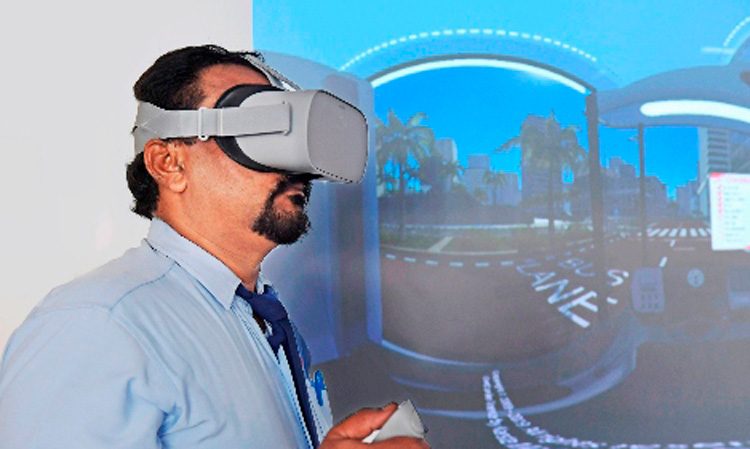 RTA’s Public Transport Agency has launched the initial stage of virtual reality (VR) technology in training and qualifying drivers, rendering RTA the first government entity in the Middle East to use VR technology in this field. Accordingly, VR technology has been integrated in the training modules of drivers, which will uplift their performance and contribute to customers’ happiness as well.

Abdullah Al Meer, Director of Drivers Affairs at RTA’s Public Transport Agency, said: “The introduction of smart VR technology is part of a plan for privatising passenger transport training, and will be generalised later on to all contracted training institutes. The step demonstrates RTA’s efforts to apply the best global practices in leveraging the quality of training deliverables and harness the latest technologies in support of passenger transport activities in Dubai. The initial phase of the VR technology is focused on the inspection process for the buses before receiving them, which ultimately contributes to RTA’s vision of safe and smooth transport for all.

“In the second phase, RTA will use VR technology in basic and follow-up training courses. It will also be part of the rehabilitation process of drivers involved in traffic accidents and responding to customer complaints. Public Transport Agency is keen on improving the training environment through using cutting-edge technologies and top global practices in the training of passenger transport drivers. The VR technology is characterised by 3D innovative learning tools such as the visualisation and online training.

“Under the process drivers will experience various scenarios of interactive training including exposure to different climatic and road conditions to polish their skills in controlling buses and averting traffic accidents. It also enables the intake of large numbers of drivers for training at the same time. It also enables drivers to take quick reaction to avoid mistakes of others; which adds to the safety of passengers. VR learning has huge potentials for improvement and the introduction of swift practical solutions to cope with any future developments in the Emirate.

“VR technology is easy to understand as it is built on the visualisation concept. It brings about sustained improvements in monitoring and assessing drivers performance through identifying improvement areas and measuring the impact of training programmes and materials.”

Uber tests feature which allows drivers to set their own fares