74 green economy initiatives form part of Dubai’s strategy to optimise resources and energy, with a focus on driving public transport with green and sustainably fuelled vehicles. 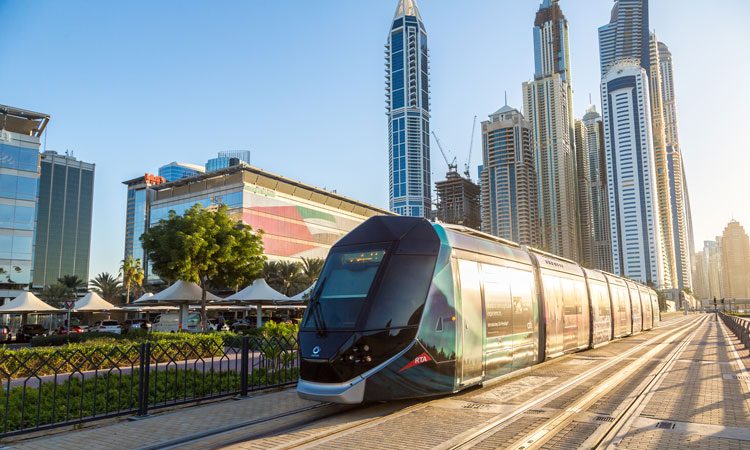 These initiatives include green mobility means, such as electric, hybrid and hydrogen vehicles as well as electric/hybrid abras powered by solar energy. By the end of 2019 there will be 200 electric vehicles in the Dubai Taxi fleet – a jump from the 89 vehicles held at the end of 2018.

In addition, the authority is keen to increase the use of hybrid vehicles, with the goal to see hybrid vehicles accounting for 50% of the fleet by 2021.

Public buses are fitted with Euro 5 low-emission diesel engines, and plans are underway to deploy buses with Euro 6 engines gradually in the service.

“The RTA contributes to reducing the carbon footprint in Dubai by increasing the number of public transport users [on] Dubai Metro, Tram and public buses,” commented Nada Jasim, Director of Safety, Risk, Regulation and Planning, of RTA’s Strategy and Corporate Governance Sector.

“Using public transportation, instead of private vehicles, saved 642,000 tons of CO2 emissions in 2018. RTA also takes the initiative in developing plans and strategies that support the local and federal policies,” concluded Jasim.

The objective of the drive is to use sustainable options and respond to the UAE Green Growth Strategy, which was launched in 2012 under the theme: ‘Green Economy for Sustainable Development.’ The strategy is based on six drivers, namely: Green Economy, Government Policies, Green Urban Planning, Tackling the Effects of Climatic Change, Rational Use of Natural Resources, and Green Technology.

In addition to mobility, the green initiatives focus on sectors using energy, fuel and water, and waste management. The strategies promote the use of renewable energy and a significant increase in the use of clean energy, thus lowering Dubai’s carbon footprint, and installing solar cells in RTA buildings and facilities, as well as using LED lights in streets, traffic signals and tram and metro stations.