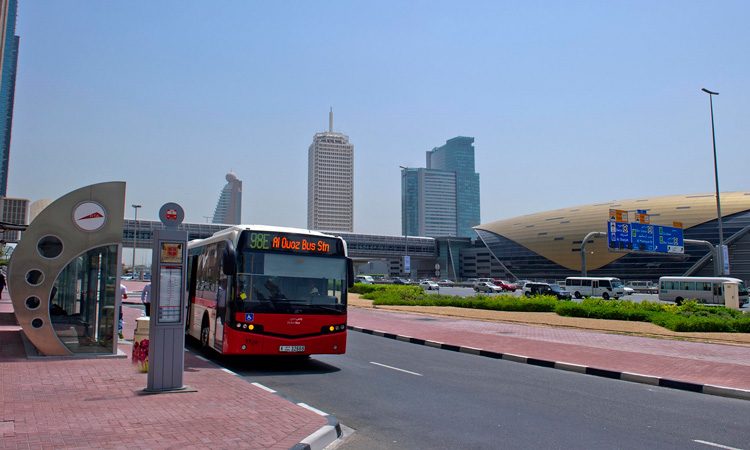 Dubai’s public transport authority, the RTA, has announced plans to launch three new bus routes and upgrade several others at the end of July 2019. The step aims to enhance Dubai’s bus network and improve the service integration with Dubai Metro stations as well as inter-city bus services. The ultimate objective of the move is to bring happiness to people and meet the rising demand for bus services.

Adel Shakri, Director of Planning and Business Development at RTA’s Public Transport Agency, said: “The first of the three new bus routes, Route 77, starts from Baniyas Metro Station and calls at Airport Terminal 3, Deira City Centre, and Airport Terminal 1. The second is Route F36, a metro bus bus service that starts at Mall of the Emirates Station and passes by Arjan Hotel via Mall of the Emirates Metro Station, Al Barsha South and Dubai Science Park. The third is Route E102, which commutes between Ibn Battuta Station and Musaffah Al Shaabiya Bus Station at Abu Dhabi.”

Shakri continued: “Public Transport Agency will also upgrade bus services on several other routes as of 18 July 2019. Changes include switching Route 50, which connects with the International City, Dragon Mart, and Al Khail Gate, after the International City in the direction of Al Manama Street.

“RTA places great emphasis on the suggestions and feedbacks from the community relevant to the expansion and improvement of public transport network and services. Therefore, the Public Transport Agency conducts field surveys through which users of public transport can express their views and suggestions, and the same can be made via RTA website.”