The shuttles are 100 per cent electric, eco-friendly and provide a good alternative to the private car and a complementary offer to walking and cycling. 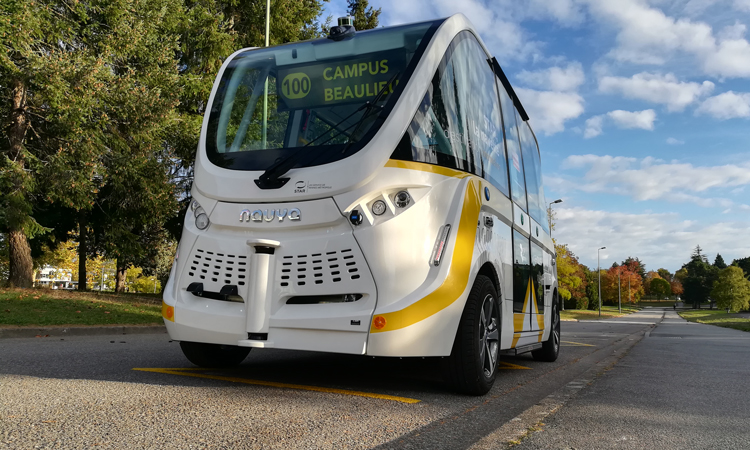 Keolis and the European Metropole of Lille have launched an electric autonomous shuttle service at the University of Lille in Villeneuve d’Ascq (110 hectares).

The university has a student population of 20,000 and 1,600 researchers and is now home to the fourth autonomous shuttle service in a university zone.

The service will employ two NAVYA electric autonomous shuttles for one year and have four dedicated stops on a 1.4km route, providing connections to two metro stations. This is the first time in France that autonomous shuttles have operated on open public roads, and shared public space with pedestrians, bicycles and motorised vehicles. It is also the first time for the shuttles to operate a roundabout without any external assistance.

This service is free for all users and, as the shuttle is equipped with ramps, accessible for passengers with reduced mobility. The service will operate throughout the day, Monday to Friday, with greater frequency during peak hours. This trial represents another step forward in the integration of autonomous vehicles into the urban landscape.

Encouraged by the results of trials in two universities in Australia (La Trobe in Melbourne, and Flanders in Adelaide) and another one in Rennes in France, where 3,000 passengers travelled onboard the shuttles in the first three weeks of operation, Keolis believes in the strong potential of this market.

The Group is firmly convinced by the importance of autonomous shuttles in improving transport services to campuses as it enables people to use a shared mobility service between the university and existing public transport networks.

Since the launch of the first ever shuttle service in Lyon back in September 2016, Keolis has carried out more than 30 trials and demonstrations, driven more than 40,000km and transported over 120,000 passengers in autonomous shuttles.