The introduction of autonomous buses in Victoria is a step closer to reality, following the successful completion of the state’s first trial of the technology. 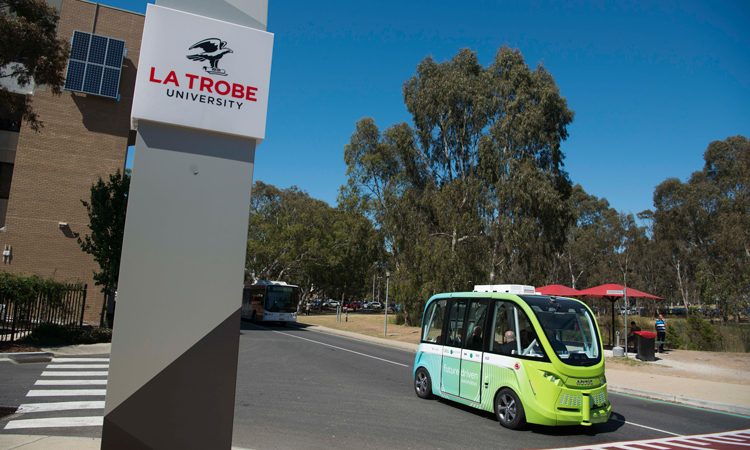 The final report on the Autonobus trial has been released, outlining key findings and recommendations to support the implementation of autonomous vehicles across Australia.

The report on the 12-month project at La Trobe University’s Bundoora campus includes feedback from over 500 passengers who experienced the technology first-hand.

CEO of Keolis Downer, David Franks, said the pilot project demonstrated that safety, technical, operational and community requirements could be met for successful deployment. “What we have learnt can assist us in making the roll out of autonomous vehicles a reality in the immediate future.

“The pilot project provided strong evidence that autonomous buses present a significant opportunity in the short term to meet existing mobility needs and encourage more people on to public transport in Victoria and across Australia.

“The trial demonstrated autonomous buses can and should play an important role in the mobility mix as a complementary service to existing public transport.

“We now have the data to show they can operate safely within complex environments and that there is strong public support for them.

“All levels of governments and the private sector must work together to ensure we have the right infrastructure and regulatory systems in place to facilitate the deployment of autonomous vehicles and ensure they are integrated into the planning process for transport and urban developments.”

The report includes a number of recommendations, including considering autonomous vehicles in future infrastructure planning and investment decisions, further trials of the technology and continued education and engagement to prepare communities for the arrival of autonomous vehicles.

CEO of HMI Technologies, Dean Zabrieszach, said the Autonobus passed every test it underwent during more than six months operation at La Trobe University. “The vehicle was put through rigorous safety, technical, operational and passenger testing on a pre-programmed route, interacting with pedestrians, cars, buses and cyclists.”

“No other trial in Australia has tested an autonomous vehicle of this type in such a dense urban location. We have demonstrated that it can be done – safely, without incident and in compliance with road safety laws.

“The technology is ready for deployment in other similar environments where there is high activity and a controlled set of circumstances, including first-and last-mile transport services.”

Director of La Trobe’s Centre for Technology Infusion, Professor Ani Desai, said the 517 passengers who rode on Autonobus during the trial provided essential feedback in pre and post-ride surveys. “It’s clear from the results of the trial that autonomous buses are already close to reality in transport users’ minds.

“Critically, the study also indicated that potential customers would be willing to pay a fair price for such a service.”

The aim of the passenger trial was to gain a better understanding of the technology and how to integrate it into the existing public transport systems to connect passengers to a transport hub – a concept known as last mile connectivity.