The funding is part of the £1.7 billion Transforming Cities Fund and could be used for a number of purposes, not limited to the improvement of bus, cycle and tram routes. 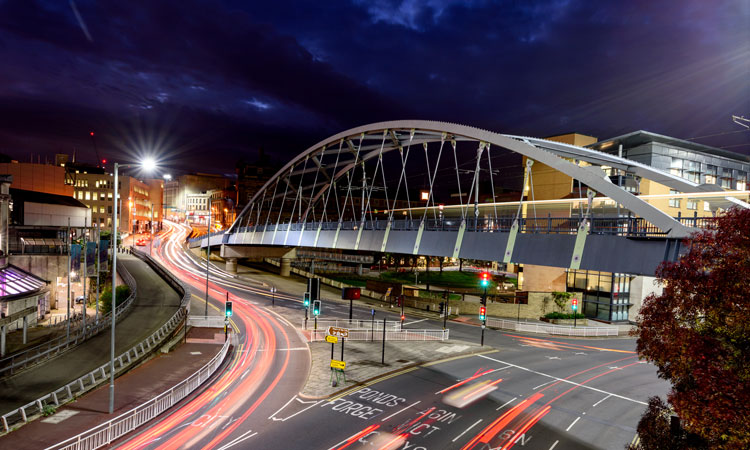 Communities across the UK will benefit from £840 million to upgrade public transport links, the PM Theresa May has announced.

The shortlist of ten city regions marks the next stage of the £1.7 billion Transforming Cities Fund which, under the government’s modern Industrial Strategy, is supporting cities to make it easier, safer and quicker for people to travel and get to work by funding improved transport connections.

The Transforming Cities Fund has already begun delivering improvements for people across England. Six Mayoral Combined Authorities have already received a share of £840 million to deliver schemes such as the Brierley Hill tram lines extension in the West Midlands and £160 million towards the Beeline Cycle Network in Greater Manchester. Set to be the largest network of its kind in the UK, the proposal for 1,000 miles of interlinked bike and pedestrian lanes will connect communities across its 10 boroughs and help make cycling and walking a safer option for people living in the region.

Over the next four years, the new allocation of funding will be used to improve transport links in city regions, linking travel to work areas, increasing access to jobs and helping ensure that businesses have the infrastructure they need to thrive.

This funding could go towards upgrades such as new bus routes between residential areas and major employment hubs, smart technology aimed at reducing congestion, or rolling out docking stations for e-bikes.

Speaking about the new funding, Prime Minister Theresa May said: “Our great cities and their suburbs are home to millions of people and world-beating businesses. We want to help them succeed, so as part of our modern Industrial Strategy we will fund £840 million of upgrades for better, safer, faster transport links. These improvements to vital infrastructure will help spread growth beyond London and empower local businesses to create more, better-paying jobs – opening up more opportunities to help people get on in life and be rewarded for their hard work.”

Meanwhile, Transport Secretary Chris Grayling said: “Good bus, cycle and tram routes play a huge role in increasing the vitality and vibrancy of cities. These 10 areas now have the chance to transform their transport systems – making it easier for people to get around and enhance links to work, school or shops.”

The ten shortlisted city regions will each receive an initial £50,000 as well as support from government to co-develop the strongest cases for investment. Once finalised, funding decisions will consider the relative strength of each bid and their impact on improving connectivity, supporting employment and driving up productivity.

While the city regions finalise proposals, £60 million from the fund will be made available over the next year to share across transport schemes aimed at tackling head on some of the most pressing challenges faced by communities.

Mayor of the Sheffield City Region Dan Jarvis, whose bid for a share of the funds was successful, said: “I welcome this announcement from the Government, which reflects the strength of our bid to the Transforming Cities Fund. It is critical that we improve the transport system in our region, to create better access to major employment sites, reduce congestion and better integrate different modes of transport. Our proposal to develop a Global Innovation Corridor which connects residents and businesses to our internationally-significant assets will help to achieve that, and grow our economy. I now look forward to working with the Department for Transport as we develop our detailed plans.”

The projects supported by the Transforming Cities Fund will also help progress the government’s mission to radically improve the ways in which people, goods and services move around the country through its Future of Mobility Grand Challenge.