The construction of the Foothill Gold Line from Glendora to Montclair is expected to improve transportation experiences as well as bring $2.6 billion in economic output… 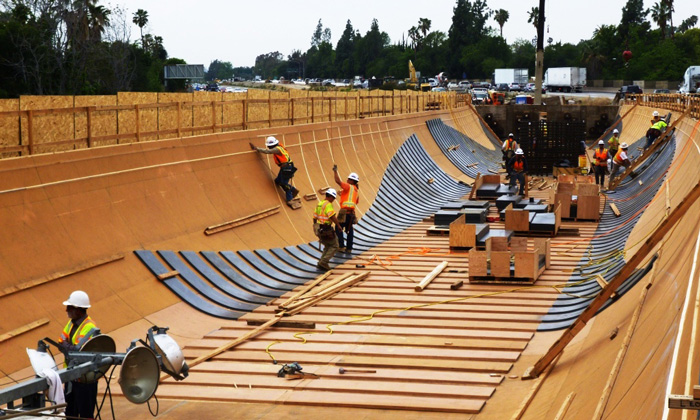 “When LA County voters passed Measure M, they gave us an unprecedented mandate to create hundreds of thousands of jobs and build one of the most robust public transit systems in the world,” said Los Angeles Mayor Eric Garcetti, Chair of the Metro Board.

“Funding the second phase of the Gold Line extension is the perfect example of what we’re trying to achieve through our agency’s comprehensive transportation plan,” said Metro CEO Phillip A. Washington. “As we make transit more available in new communities we are changing the face of Southern California and creating an infrastructure inheritance for our children and grandchildren.”

Construction alone is expected to generate $2.6 billion in economic output, 17,000 jobs, more than $1 billion in labour income and nearly $40 million in tax revenues for Los Angeles County. Nearly $2 billion worth of private investments in transit-oriented developments have already been made or planned within a half-mile of the six future stations from Glendora to Montclair.

When completed, the Glendora to Montclair project will extend the Metro Gold Line light rail line from its eastern terminus in Azusa through the foothill communities in the San Gabriel Valley and into San Bernardino County; adding new light rail stations in Glendora, San Dimas, La Verne, Pomona, Claremont and Montclair. Each will connect to the expanding rail network in Los Angeles County, as well as the Inland Empire and provide opportunities for county residents, workers and visitors to connect to many regional and local points of interest along the corridor.

Funding for the project is coming from both Los Angeles and San Bernardino Counties. The portion of the project within Los Angeles County (Glendora to Claremont) is being mostly funded by Metro’s Measure M half-cent sales tax, as well as residual Measure R funds from the Pasadena to Azusa segment. The portion of the extension from Claremont to Montclair is being funded by San Bernardino County.