Building on the partnership with the New York City Department of Transportation, this new framework will provide better integration between MTA subway, bus and commuter rail services with active travel options. 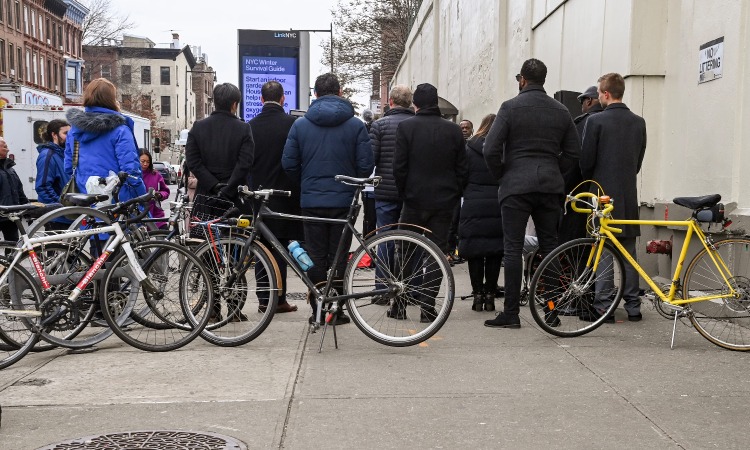 The Metropolitan Transportation Authority (MTA) has announced the release of a landmark strategic action plan, ‘Extending Transit’s Reach’, that provides a framework to improve integration between its transit system and bicyclists, pedestrians, as well as users of shared or personal e-bikes and e-scooters.

As part of this framework, front-of-bus bike racks will be installed on three Select Bus Service routes, the M60 SBS, S79 SBS, and the Q44 SBS, across four boroughs. In addition, building on the partnership with the New York City Department of Transportation (NYC DOT) that had been announced in October 2022, MTA will install bike racks at 18 suburban commuter rail stations. The plan also outlines enhancements that will be made to pathways at facilities operated by MTA Bridges and Tunnels.

“It’s time for the MTA to fully embrace bicycle, pedestrian and micro-mobility access as we plan and expand New York’s transit system,” said MTA Chair and CEO Janno Lieber. “Extending Transit’s Reach provides a framework to better integrate MTA subway, bus and commuter rail service with the ways that New Yorkers are increasingly using to get around. It will enable the MTA to attract new riders to the system, and to harness increasingly popular modes of transportation to essentially expand the transit system.”

“The MTA is ready to hit the ground running, increasing bike and pedestrian access at stations and on bridges,” said MTA Construction and Development President Jamie Torres-Springer. “This plan will make sure that connection to transit for cyclists and pedestrians is a priority both now and into the future as a core value of future capital projects.”

“This report is a positive step toward improving transit access for the growing number of New Yorkers who ride bicycles and other micro-mobility devices,” said New York City Department of Transportation Commissioner Ydanis Rodriguez. “DOT has been closely collaborating with the MTA to identify subway stations with a high need for bike parking, particularly at outer-borough, end-of-line stations.”