London Underground customers will increasingly benefit from mobile coverage in stations and tunnels throughout 2023, with the whole network – as well as the Elizabeth line – to be fully connected by the end of 2024. 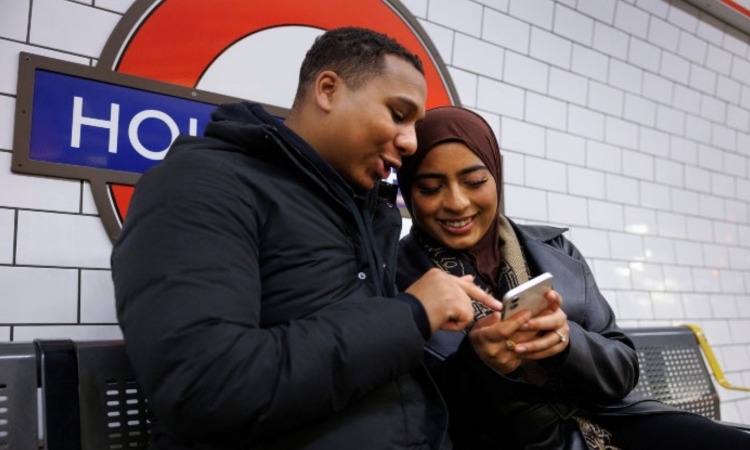 Transport for London (TfL) has announced that a further six London Underground stations have started offering high-speed mobile coverage to customers, as the next stage of its project with BAI Communications’ (BAI) project to bring coverage to the Tube network gathers speed.

Customers travelling between Holland Park and Queensway on the Central line, have started to see 4G and 5G ready mobile coverage as of 21 December 2022, with coverage between Kentish Town and Archway on the Northern line having gone live at the end of December 2022. Coverage will be in ticket halls and platforms, as well as in tunnels between those stations, allowing customers to get the latest travel information, access social media, check their emails, make calls and stream videos whilst on the move underground.

All four mobile network operators – Three UK, EE, Vodafone, and Virgin Media O2 (VMO2) – are taking part in the roll-out, with customers on EE and Vodafone able to access coverage as of 21 December 2022 and customers on Three UK and VMO2 gaining access in 2023.

Together with the existing 4G service on the eastern section of the Jubilee Line between Westminster and Canning Town, which had been made permanent in April 2022, around 10 per cent of Tube stations with platforms that are underground will be providing 4G and 5G ready coverage to customers.

Once fully delivered, more than 2,000km of cabling, as well as thousands of radios are expected to be installed within tunnels and stations, all of which will be fitted outside of operational hours. Around 500 people are working overnight across the Tube network to install mobile equipment, with all works needed to be tidied away before the network opens for customers every morning.

Further testing is taking place at some of London’s busiest stations, including Oxford Circus, Tottenham Court Road and Camden Town, to allow mobile coverage to start at those stations in 2023. According to TfL, all Tube stations, as well as the Elizabeth line, will have 4G and 5G ready coverage by the end of 2024.

The Deputy Mayor for Transport, Seb Dance, said: “(This) marks a great step forward in the delivery of mobile connectivity on the Tube, as Londoners will now have increased access to high-speed mobile coverage when travelling through more Tube stations. The Mayor pledged to Londoners that he would deliver 4G throughout the Tube network, as part of his commitment to building a better London for everyone – and I have no doubt that this expansion of coverage will help transform journeys for millions of passengers.”

Shashi Verma, Chief Technology Officer at TfL, said: “It’s great that we have begun to introduce 4G mobile coverage to more stations, meaning that around 10 per cent of our stations that are underground will shortly be connected. Progress on delivery is accelerating and together with BAI Communications and the mobile network operators we will connect many of London’s busiest stations during 2023.”