With more than 1,000 bikes available for hire across 107 stations in the city, Glasgow’s residents can use nextbike’s sustainable vehicles to explore the region, travel to work, visit friends and family, as well as complete every day activities. 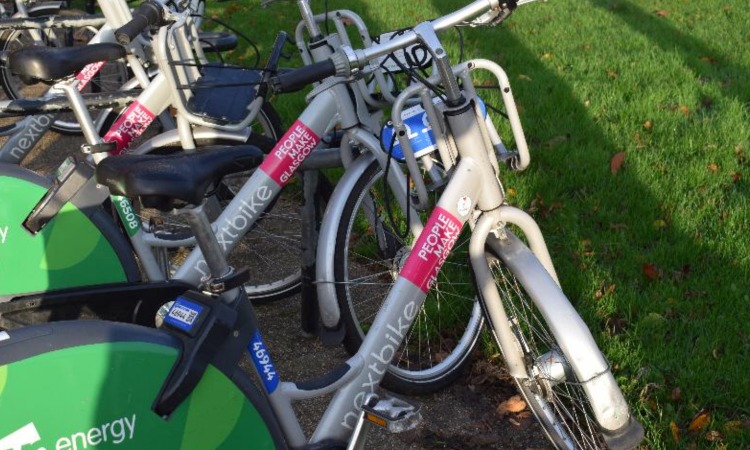 Glasgow City Council has announced that the city’s popular bike hire scheme has recorded a milestone of two million hires.

Initially launched in 2014, the OVO Bikes scheme powered by nextbike has grown significantly since then and is fast becoming a key fixture in the city’s transport system. Used both by commuters and leisure cyclists alike, the successful uptake of the initiative across the city, which includes e-bike availability, highlights the growing support for sustainable transport in Glasgow.

Councillor Angus Millar, City Convener for Climate and Transport, said: “Between Glasgow’s investment in cycle infrastructure and the phenomenal success of initiatives like the cycle hire scheme, it’s never been easier to get about Glasgow by bike. Cycling is increasingly seen as an attractive, convenient way to get around our city and choosing a bike for everyday journeys can help improve our physical and mental wellbeing, as well as reduce the carbon impact of our transport on the environment. This significant landmark of two million hires highlights the level of enthusiasm for cycling in our city as a sustainable form of transport.”

Leigh Richards, Business Development and Partnerships Manager at nextbike by TIER, said: “Reaching two million journeys is a testament to the ongoing commitment the people of Glasgow have to active travel. We have a great relationship with Glasgow City Council and the success of the scheme has allowed us to constantly expand our service. It is a great milestone to hit, and we look forward to supporting the next two million journeys, whether that’s travelling to work, popping to the shops or going to see friends and family.”

The current nextbike fleet has 1,159 bikes, of which 159 e-bikes are available for hire. In total, there are 107 cycle hire stations across the city, almost half of which combine smartbike and e-bike hire facilities. The bikes are available 24 hours a day, and users can register and hire within just a few minutes.