According to new research commissioned for Go-Ahead’s Zero Emission Centre of Excellence, 55 per cent of people in the UK are likely to travel by bus more often if they are powered by zero-emission electric or hydrogen batteries. 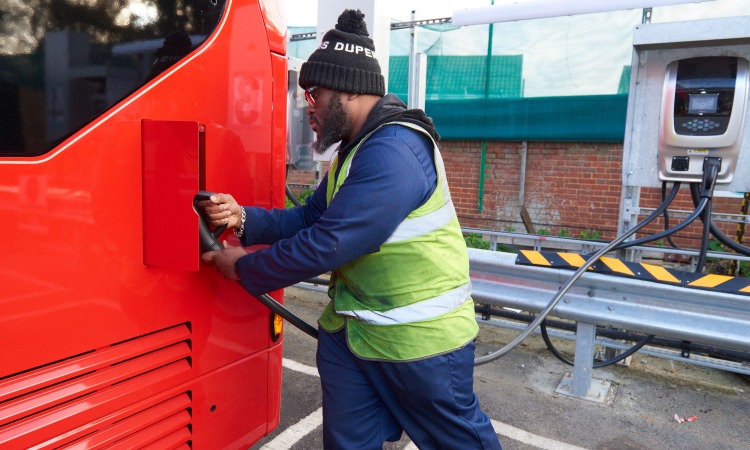 Buses powered by electric or hydrogen batteries could lure millions of additional passengers onto public transport, according to new research released by ComRes for The Go-Ahead Group’s Zero Emission Centre of Excellence.

The research has found that only 26 per cent of the public view bus travel as a ‘green’ form of transport – on a par with rail travel, but well below the number who view cycling or walking as ‘green’. However, if they are specifically told that a bus they are catching is powered by an electric or hydrogen fuel cell battery, the proportion who view it as a green form of transport rises to 81 per cent.

In addition, 55 per cent of respondents said that they would be more likely to travel by bus if they knew that a zero-emission bus is available. This raises the prospect of a significant increase in bus travel as the UK’s 30,000-strong bus fleet transitions from diesel fuel to electric or hydrogen power.

The polling has been carried out on behalf of Go-Ahead’s Zero Emission Centre of Excellence, which officially opened 8 December 2022. The centre, based in London, brings together expertise from Go-Ahead’s bus companies across the UK, Ireland, Sweden and Singapore and will develop best practice in buying, running and maintaining zero-emission buses.

Louis Rambaud, Go-Ahead’s Director of Strategy and Transformation, said: “It is surprising that so few people view buses as green, given that they account for just two per cent of greenhouse gas emissions from transport, compared to 52 per cent from cars. Public transport is a fundamentally sustainable way to get around. Nevertheless, these findings show that zero-emission buses are a game changer. If we can demonstrate to the public that buses are green, we can persuade millions of people to leave their cars at home in favour of public transport. And this reinforces the value of public sector support for investment in zero-emission buses – including the government’s ZEBRA funding scheme for electric and hydrogen buses.”

Richard Harrington, Engineering Director at Go-Ahead London and Head of the group’s Zero Emission Centre of Excellence, said: “Go-Ahead is already the UK’s largest operator of electric buses and we’re determined to deliver a zero-emission fleet by 2035. Our new centre of excellence will develop solutions to the challenges, such as equipping depots, buying buses, managing battery life and training drivers. We will also be looking at ways to open up our depots to third parties who may wish to use our charging points for their own vehicles.”