Building on its Climate Action Strategy that had been released in January 2022, TransLink’s new plan focuses on short-term actions that can be taken to address the climate crisis and advance the implementation of the overall strategy. 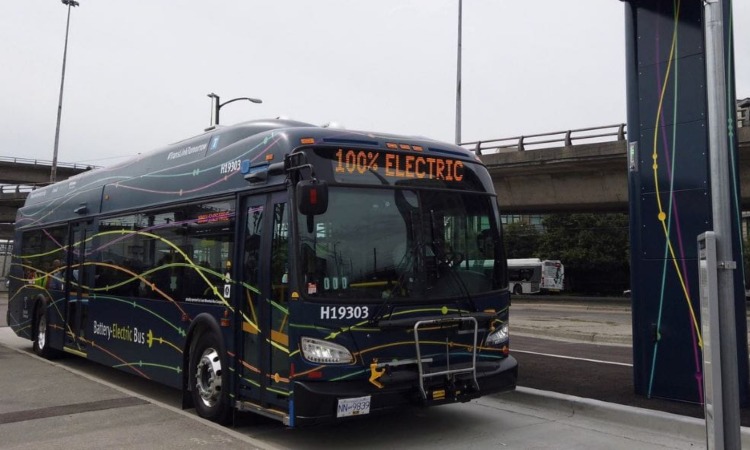 TransLink has announced that it has released its Climate Action Plan, which outlines the steps over the next three years to help the organisation achieve net zero emissions by 2050 and expand its battery-electric bus fleet by 2025.

In January 2022, TransLink adopted its first-ever Climate Action Strategy, putting the transportation authority on the path to net zero emissions by 2050 and a 45 per cent reduction in greenhouse gases by 2030.

“While only one per cent of greenhouse gas emissions comes from public transit, we know it’s important to do our part to combat climate change,” said TransLink CEO Kevin Quinn. “Our aim is to reduce our emissions to zero, while also reducing the number of cars on the road; that’s why we’re taking these bold steps to demonstrate our leadership on the path to reaching net zero.”

The Climate Action Plan focuses on short-term actions to address the climate crisis and advance the overall strategy, including:

“We know people in Metro Vancouver want and need reliable, affordable and sustainable transportation throughout the region,” said British Columbia Minister of Environment and Climate Change Strategy and Minister responsible for TransLink George Heyman. “Our government is committed to expanding and accelerating the development of public transit, shifting away from fossil fuels, and building healthy, accessible communities for everyone. This Climate Action Plan is a key component of TransLink’s long-term approach to building climate resilient public transit and accelerating climate action right away, building to the goal of net zero operations by 2050.”

▶ Government of Canada invests in battery-electric bus pilot in Barrie