By investing in zero-emission buses across the nation, the Government of Canada aims to grow the country’s economy, provide greener transit systems to its communities and improve the quality of life of all Canadians. 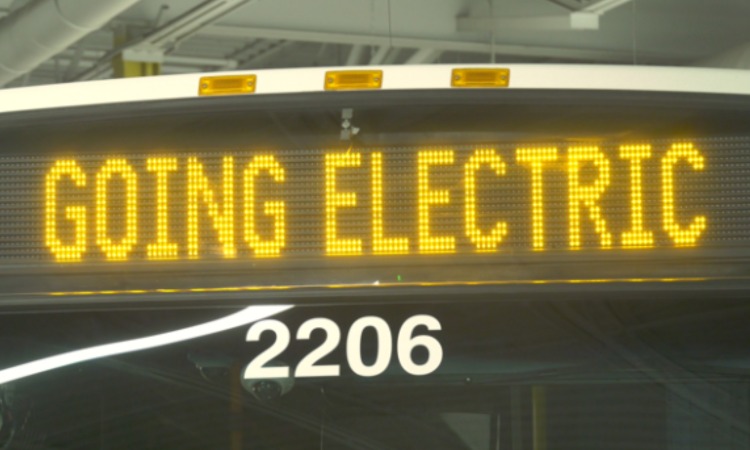 The Government of Canada has announced $3.3 million in joint funding for a battery-electric bus pilot programme in the City of Barrie, Ontario.

“To reach our emissions reduction target of net zero by 2050, we need to reduce greenhouse gas emissions in the transportation sector. Our investment in Barrie’s battery-electric bus pilot programme marks the first step in the city’s transition to a fully electric public transit fleet. Our government will continue to work with partners to invest in sustainable transit options in communities,” said Tony Van Bynen, Member of Parliament for Newmarket—Aurora, on behalf of the Honourable Dominic LeBlanc, Minister of Intergovernmental Affairs, Infrastructure and Communities.

“The City of Barrie is committed to reducing Barrie’s corporate emissions to net zero by the year 2050. This investment from the federal government will help us move closer to that goal by enabling us to move quicker towards a greener transit system for our community,” said His Worship Alex Nuttall, Mayor of the City of Barrie.

Funding will support the purchase of two battery-electric buses and the necessary charging infrastructure. Barrie Transit will study their operation to gather data on future electricity demand and infrastructure requirements. This will ultimately inform the City of Barrie’s plans for the full electrification of their transit fleet.

The Government of Canada and the City of Barrie are investing a combined total of $3.3 million towards this pilot project, with the government contributing a total of $1.65 million through the Zero Emissions Transit Fund.

Since 2015, the Government of Canada has invested over $24.8 billion in transit projects across the country, in order to provide Canadians with cleaner and more efficient commuting options.

These public transit investments complement Canada’s strengthened climate plan – ‘A Healthy Environment and a Healthy Economy’ – which commits the federal government to provide permanent federal funding for public transit in support of making clean and affordable transportation available in every community.

Over the next eight years, the government is investing $14.9 billion in reliable, fast, affordable and clean public transit. This funding includes $3 billion per year in permanent, predictable federal public transit funding which will be available to support transit solutions beginning in 2026/27.