Following the launch of the new lifts, there are now 23 fully accessible stations in the metro network, providing customers with reduced mobility with easier access to a wider range of STM services. 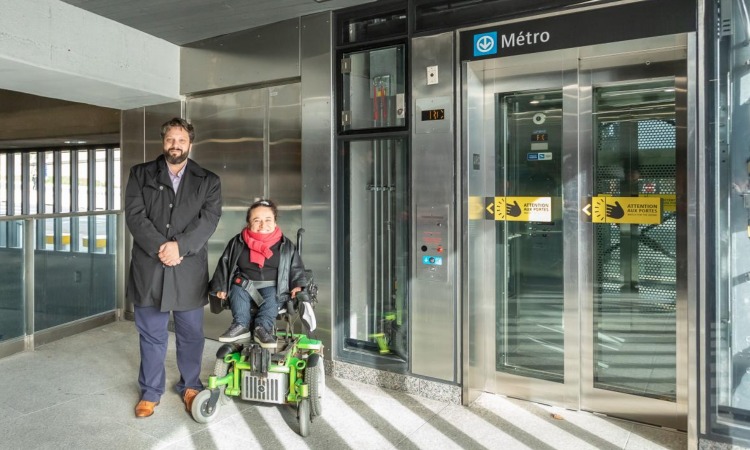 The Société de transport de Montréal (STM) has announced it has commissioned new lifts at Pie-IX and Villa-Maria stations, making them the 22nd and 23rd fully accessible stations in the metro network. The addition of lifts will benefit customers with functional limitations, as well as families with young children, elderly people and travellers.

“I proudly commend the work that has been done to make Pie-IX and Villa-Maria stations accessible,” said Éric Alan Caldwell, Chair of the STM Board of Directors. “What we have accomplished in recent years to make metro stations accessible is monumental. With each lift installed, we change the daily lives of all our customers. It is therefore essential for us to continue our efforts, to maintain the pace to make accessible, gradually but surely, the 40 remaining stations.”

Laurence Parent, Borough Councillor for the De Lorimier District and Vice-Chair of the STM Board of Directors, said: “Accessibility to our metro network is key, as it promotes not only the social inclusion of people with functional limitations, but also the development of the surrounding communities. And that is the very purpose of public transit – to connect all citizens to what the city has to offer.”

Since 14 November 2022, Pie-IX station now has four lifts to give customers easier access to the tourist and cultural attractions of Montréal’s east end, including the Olympic Park facilities and the Space for Life museums. With six bus lines, including one that connects to the Pie-IX BRT, Pie-IX station is also a major gateway to the metro network.

Located in the Côte-des-Neiges–Notre-Dame-de-Grâce borough, Villa-Maria station is now fully accessible with three lifts having been installed. The work cost $24.6 million and involved extending both sides of the platforms and expanding the western façade of the entrance building.

​Since Villa-Maria station is a major mobility hub in the Notre-Dame-de-Grâce neighbourhood, adding lifts to the station broadens the travel options for customers.