All 23 driverless trains for the Sydney Metro City & Southwest project are expected to be in service on the North West Metro Line by mid-2023, doubling the number of trains on the network and providing customers with additional flexibility. 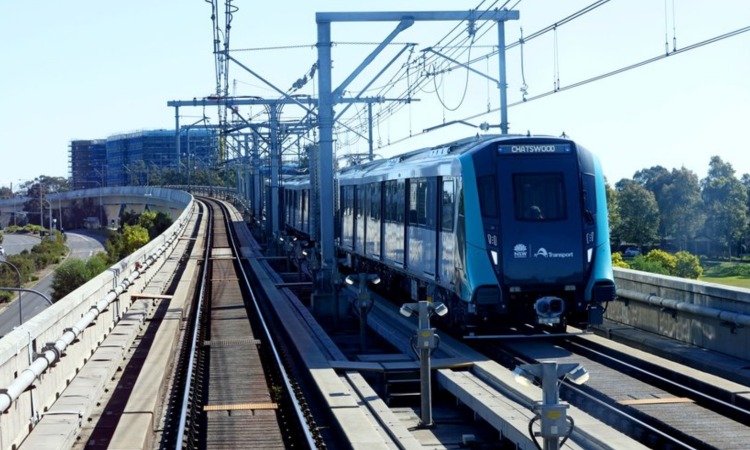 Sydney Metro has announced that four of 23 new trains for the City & Southwest project have started passenger services on the Metro North West Line, providing more flexibility on the network ahead of metro services beginning service through the city in 2024.

In total, 20 of the 23 new trains have been delivered, with each train required to complete rigorous testing before commencing passenger services. Testing includes checks of on board systems, such as passenger information displays, brakes, lighting and door operation.

After testing, trains are moved onto the track for the first time to complete a programme of tests involving acceleration, braking and operating at different speeds.

The testing and commissioning phase confirms each train meets stringent design and operational requirements and adheres to Sydney Metro’s strict safety standards. The trains must also complete a minimum of 500km of travel prior to integration into passenger services.

The new driverless trains are expected to join the existing fleet of 22 North West Metro Line trains by mid-2023, with the new vehicles doubling the number of trains on the network.

Once the City & Southwest line is operational, the trains will then begin testing in the 15.5km twin tunnels under Sydney Harbour and through the seven new city stations.