William Levassor, COO – Autonomous Mobility at Transdev, sat down with Intelligent Transport’s Leah Hockley and Halimah Haque to discuss the significance of autonomous vehicles in the wider transit network, as well as how they can be used to make public transportation more attractive, efficient and accessible. 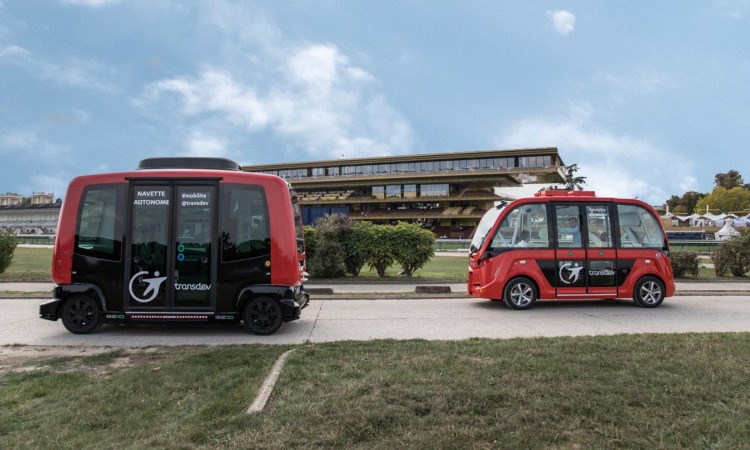 What are some of the key challenges that transport operators are currently facing in terms of advancing autonomous vehicle technology?

The first obvious challenge is actually having a safe vehicle in our hands. Although we can carry out a variety of demonstrations with prototypes, with actual vehicles and safety drivers, the most significant challenge remains on the tech side. Many things still need to be done technologically in order to develop something that is safe enough for us to operate.

Our biggest challenge comes in to effect once the vehicle is ready to be tested, as then we need to be able to understand the technology behind the autonomous vehicle in order to be able to safely operate it on a regular basis”

Once that is addressed, the challenge for us as operators is to assess how we can test the vehicle so that we know it is safe. To ensure best practices of safety, we closely collaborate with ministries of transportation in France to develop the necessary safety regulations. But regulation is just the minimum legal guideline that we are required to have in place.

Our biggest challenge comes in to effect once the vehicle is ready to be tested, as then we need to be able to understand the technology behind the autonomous vehicle in order to be able to safely operate it on a regular basis. And, for that, we need to work very closely with technology providers.

How can autonomous vehicles help to achieve more equitable and accessible transport?

Autonomous vehicle technology can change the game and transform public transportation into something that is more attractive, efficient and equitable for more people across the city”

In this aspect, autonomous vehicles are very interesting, and that’s really why I’m fascinated by the work that we do with public transportation. We try to make transit accessible for all, at an affordable rate. However, when adding new services – for example, in the evening – this is not always possible due to the need for new drivers. While providing one driver to serve large masses of people may be appropriate, this wouldn’t be as cost effective or efficient for public transport when serving a small number of people during late evenings.

Sustainability is a key focus for the transport industry at the moment. So, what contribution does autonomous transport have in terms of reducing carbon emissions and achieving a greener transit system?

Essentially, that’s how we can achieve and encourage more sustainable mobility, by making public transport as easy as walking out of your front door and getting into a car. In the future, autonomous vehicles can be key in achieving this. 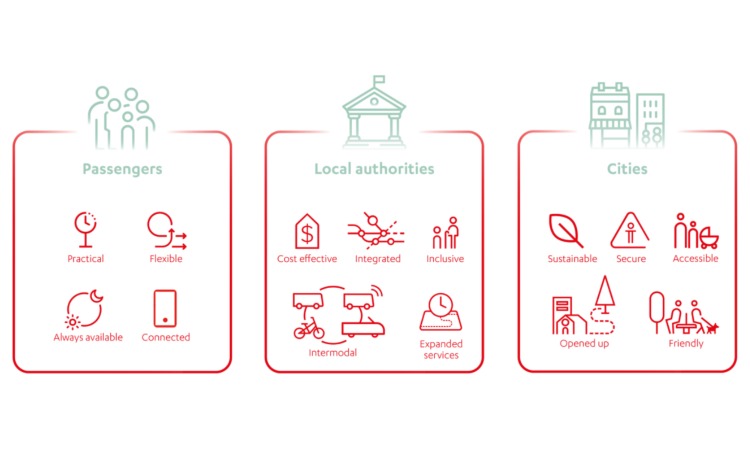 Earlier, you touched upon the significance of safety in the initial stages of introducing an autonomous vehicle. What more do you think needs to be considered to ensure the safety of other road users when developing and testing such vehicles?

Partnership between operators and technology providers is really the key to developing a vehicle that can provide a safe service to passengers, while ensuring the safety of other road users”

Partnership between operators and technology providers during the early stages when developing the software for an autonomous vehicle is crucial. While it’s essential that operators know the ground, the field, the cities that they’ll be working with, it is equally as important that they are involved in the tech side of things. It’s not enough for the technology to be developed and then for operators to just go and operate the vehicle. They need to have a deeper understanding of what makes the system safe, what the limitations are and how the operator is playing a role in the system’s safety. So, a global system approach and partnership between operators and technology providers is really the key to developing a vehicle that can provide a safe service to passengers, while ensuring the safety of other road users.

What do you think is the future of autonomous vehicles in the wider transport network?

Although we can never be too sure of what the future holds, I hope that we’ll see shared fleets of autonomous vehicles integrated into the public transportation network. No city wants to see a herd of fleets pop up in their streets, like we saw at the beginning when e-scooters were first launched. This is why it’s important that local regulation is developed in order to optimise the use of these vehicles by making sure that each area has the right number of autonomous buses, for example, to meet the local demand for transit. So, I hope to see integrated fleets in the public transport network, with more electric and autonomous vehicles, so that we can serve everyone.

In terms of the work that Transdev is doing specifically, are there any key projects at the moment that you’re working on involving autonomous technology?

We are currently working on a big project in Rouen, which is one of the largest Transdev networks in France, where we operate more than 200 buses and tramways. Here, we have integrated a fleet of four autonomous vehicles into the network and have supervised these vehicles within the same control centres that we had supervised the other vehicles of the network to emphasise the need for integration. Through this, we have found that we can integrate these vehicles using the same tools and the same people – we just need to work collaboratively to combine the autonomous vehicles with all the other modes of mobility in the network.

Now, we’re working mainly on closed sites with autonomous vehicles in France to move people within campuses or industrial sites, such as the Ariane Espace site.

Finally, is autonomous technology going to be a driver of Transdev’s future mobility strategy?

It’ll definitely be a key focus in terms of future mobility solutions, but it won’t be the only one. At Transdev, we focus on everything that moves people. Today, there’s a major focus on reducing the carbon footprint of mobility. Electrification of our bus fleets and railway are the short-term priorities of the group. 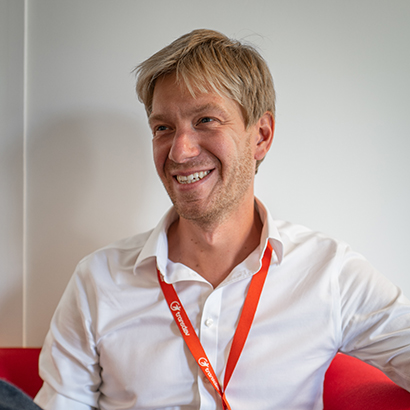