A new report highlights the health benefits of Greater Wellington’s investment in electric buses, as an increase in the zero-emission vehicles has been associated with a reduction in harmful pollutants in the city. 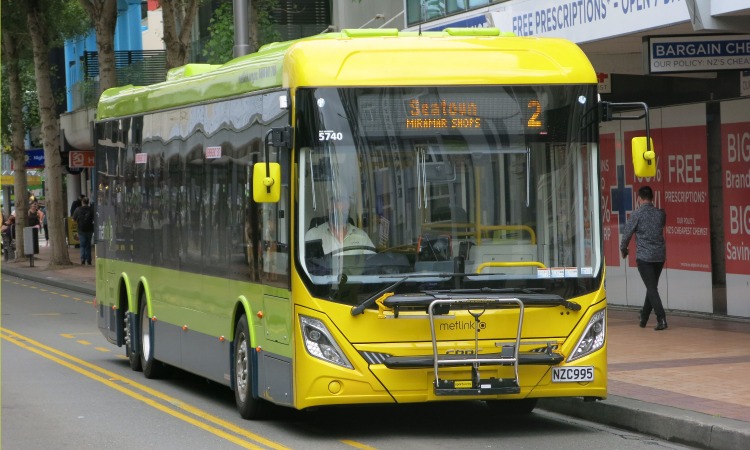 Greater Wellington Regional Council has announced that a new report from the region’s Environmental Science team highlights the positive impact Metlink’s electric vehicle (EV) buses are having on Wellington’s air quality along the Golden Mile, leading both to positive health benefits and climate change mitigation.

“The report shows that greenhouse gases and air pollution from Metlink’s public bus network have trended down since September 2021, as the proportion of kilometres travelled by electric buses increased relative to diesel services,” said Senior Environmental Scientist Tamsin Mitchell.

An increase in the proportion of electric buses travelling on Manners Street, for example, has been associated with reductions in pollutants, with diesel particulate air pollution reduced by 28 per cent and nitrogen dioxide (NO2) by 18 per cent.

“Lower total emissions from the Metlink bus fleet are very welcome, and the health benefits of Greater Wellington’s investment in EV buses are clear from a corresponding decrease in harmful emissions, including particulate matter,” said Mitchell.

The latest Health and Air Pollution in New Zealand study, 2016, found that such problems worsened by air pollution contributed to 162 early deaths, 667 hospitalisations for respiratory and heart conditions, as well as 1,183 childhood asthma cases in the Wellington region.

Metlink General Manager Samantha Gain said: “Metlink’s bus fleet currently makes up around 35 per cent of Greater Wellington’s corporate carbon footprint, so electrification of the bus fleet will contribute to meeting Greater Wellington’s target of becoming carbon neutral by 2030. Our target is for all core service bus routes to be electric-only by 2030 and we’re working towards complete decarbonisation of the bus fleet by 2035. We currently have 90 EV buses – or 20 per cent of our fleet – and plan to have 108 by 2023, which will further boost proportion of the EV buses in the fleet to 22 per cent, which is high by international standards.”