Before entering passenger service in the coming months, NJ Transit’s new electric bus will be used for the training of bus operators and first responders in the Camden, New Jersey area. 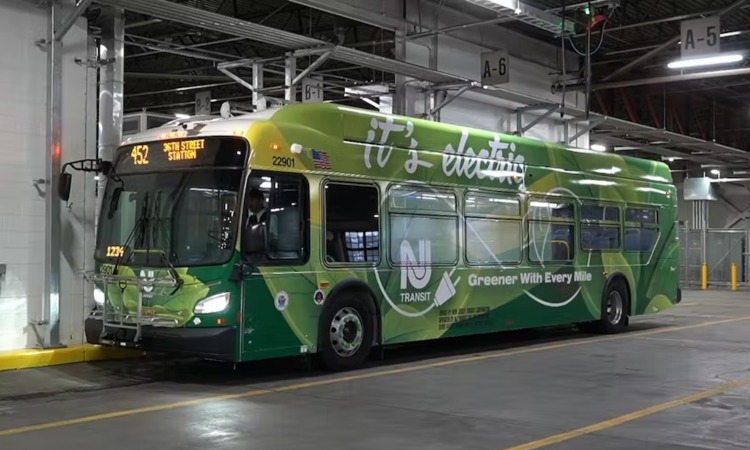 The Camden project is a first of its kind initiative for the agency, which will test the eight battery electric buses in real world conditions on specific NJ TRANSIT routes. This will provide invaluable data and information on the effects of weather, passenger volume, road conditions and other factors on electric bus performance, including travel distance available between re-charging.

In addition, the project will also review the infrastructure resources and work required to modernise NJ TRANSIT’s bus garages to accept new charging stations, and the significantly greater power feeds needed to energise them. Before entering passenger service, the new electric bus will be used for the training of bus operators and first responders in the Camden, New Jersey area.

“The future is now for NJ Transit, and this bus is just the first step along our transition to a more sustainable transportation system,” said New Jersey Department of Transportation Commissioner and NJ Transit Board Chair Diane Gutierrez-Scaccetti.

The bus has been inaugurated at a ceremony in Camden at NJ Transit’s Newton Avenue Bus Garage, which has been outfitted with bus chargers in early 2022, in anticipation of the first electric buses entering service.

“NJ TRANSIT could not be more proud to introduce the first electric bus in our agency’s history that will soon be picking customers up along Camden’s city streets,” said NJ TRANSIT President and CEO Kevin S. Corbett. “This is an especially important first step as residents in large urban cities such as Camden often disproportionately bear the effects of air pollution.”

Data collected during the pilot programme will be used to evaluate the performance of the electric vehicles before additional zero-emission buses are deployed in other areas of the state.