The new battery electric buses are among 20 fully electric vehicles that Kinetic is rolling out across the state, as it works to support the Queensland government in electrifying the region’s public transport network. 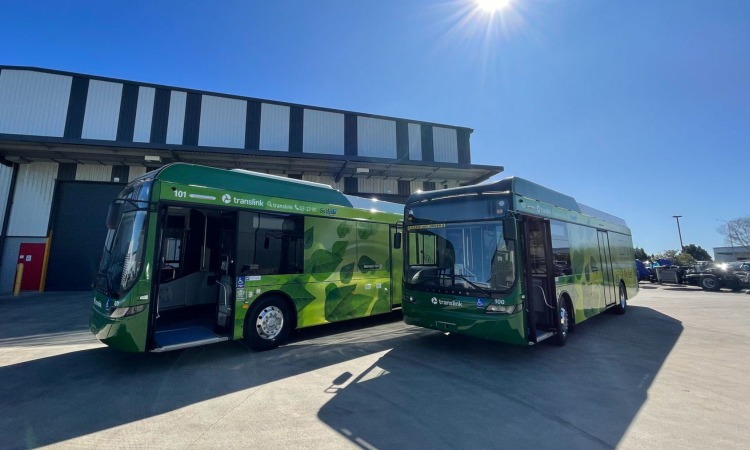 Kinetic has announced that it has launched 10 new battery electric buses (BEB) in the Gold Coast. Based out of the company’s depot in Currumbin, which is Australia’s first 100 per cent electric bus depot, the zero-emission vehicles operate Translink services, including the 777 route connecting the Gold Coast Airport to the heart of the city.

The launch of the new buses on the Gold Coast builds on the Queensland government’s commitment that every new bus in South East Queensland will be zero-emission from 2025, with regional implementation to begin between 2025 and 2030.

“These buses lay the foundation for a fully electrified passenger transport network, and push us towards our net zero targets,” said Transport and Main Roads Minister Mark Bailey. “We were delighted to see Kinetic’s first electric buses hit the road on the Sunshine Coast earlier this year, with regional Queenslanders then getting their first glimpse of two bioethanol buses in Mackay in May, and five electric buses to start operating in Cairns shortly. Now, Gold Coast customers will get their first taste when the buses hit the streets.”

One of the 10 electric buses introduced to the Gold Coast by Kinetic is in partnership with the Queensland government.

Kinetic Co-CEO Michael Sewards said: “These 10 battery electric buses are among 20 fully electric vehicles Kinetic is rolling out across the state and we are pleased to be supporting Translink and the Queensland government with achieving their zero-emission targets. It is important that transport infrastructure and technology meets the needs of passengers today and into the future and we are delighted to be in the front seat leading this charge. We know our passengers love travelling on electric vehicles and we look forward to welcoming the people of the Gold Coast on-board.”

Minister for the Environment and the Great Barrier Reef Meaghan Scanlon MP said: “Earlier this year I was lucky enough to visit the depot where these 10 new buses will recharge each day, which is fully powered by renewable energy. We expect the buses to travel about 300km a day, and all 10 can be charged up at the depot simultaneously.”

▶ Getting passengers back on-board: IndyGo’s road to recovery