Melbourne’s Zero Emission Bus Trial will provide operators and authorities with key insight into how electric and hydrogen fuelled buses can help improve financial and environmental sustainability across the State of Victoria. 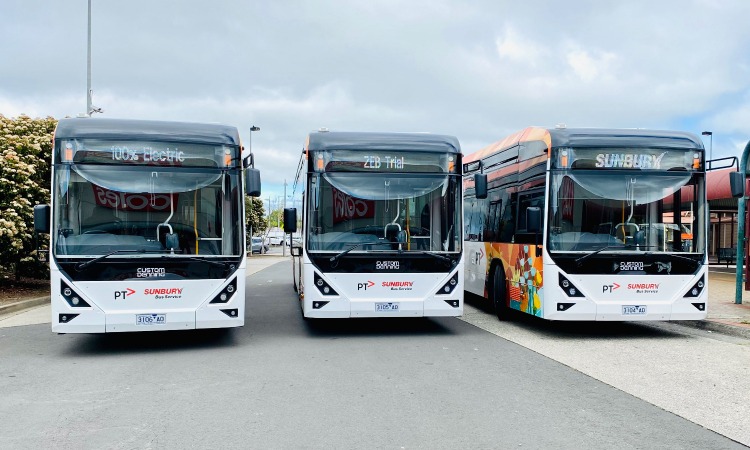 The Victoria Department of Transport has announced that the first three electric buses have hit the road in Sunbury as part of Melbourne’s Zero Emissions Bus (ZEB) Trial. The trial will see the transition of about 4,000 diesel buses in the state’s public fleet, including around 2,200 in regional Victoria, to zero emissions.

Australian bus operator Donric is introducing the new electric buses on existing routes in and around Sunbury – the first buses in Victoria to use solid-state lithium metal polymer (LMP) batteries rather than the more common lithium-ion batteries used in other electric vehicles. Donric is one of six operators across the state taking part in the three-year ZEB Trial, which will see 52 zero-emission buses – 50 electric and two hydrogen – rolled out across Melbourne, Traralgon and Seymour.

Data collected during the trial will provide practical information, such as how zero-emission buses perform and the energy and charging requirements for different types of routes. It will also give insights into how the buses can improve financial and environmental sustainability.

The trial is also fostering vital local industry partnerships – such as with energy providers and manufacturers – that will be needed to achieve the transition across the state. In addition, almost all the electric bus bodies in the trial will be built at Volgren’s Dandenong South manufacturing facility in Victoria, supporting local jobs and injecting money into the local economy.

The transition to a zero-emissions bus fleet has been accelerated in October 2021, after Melbourne-based bus company, Kinetic, was awarded the franchise to run a third of the metropolitan bus network. The company will introduce 36 electric buses to the Melbourne fleet by mid-2025, adding to the 52 zero emissions buses that are being introduced through the ZEB trial.

Creating a greener fleet is part of Victoria’s Bus Plan, developing a modern and reliable network that attracts more passengers, with the new, greener buses critical to the agency’s goal of net zero emissions by 2050.

▶ Transport’s journey to net zero: Electrification will drive our transition to a carbon-free future, says TransLink